When Tragedy Stalks the Season of Hope 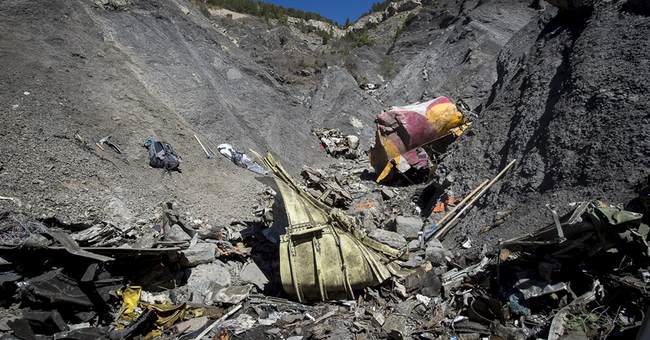 Tragedy never takes a holiday, and the days have been overflown with fear and grief. A German airliner crashes into the French Alps, and then three buildings in the East Village of New York collapse after a basement explosion, days after a hot plate left unattended to warm food sets fire to a house in Brooklyn, and six of eight children die. Suddenly, there's no room in our hearts and minds to think about political tragedy that may be playing out in the Middle East.

Most of us find personal links or at least free associations in bad news in headlines, but these disasters hit home for me in special ways. My daughter was flying from Munich to Miami on a Lufthansa flight with her beautiful twin daughters, age 10, to join her extended American family for a spring holiday on the same day that Germanwings, a Lufthansa subsidiary, was deliberately crashed into a mountainside. It was particularly terrifying to hear that news as I drove to the airport to meet their flight. There was no explanation in that hour for the crash, whether it was a mechanical or human failure, terrorism or an isolated disaster. The imagination runs away with the mind, making it impossible not to speculate that the crash might be followed by others.

Two days later, three buildings at Second Avenue and Seventh Street in New York City exploded only 600 feet from where my son and his wife and their two young sons live. They were with us in Florida, too, but their friends sent text messages with detail after detail. They feared for their neighbors, the shopkeepers, waiters and clerks they knew. Fear crowded in close with each description of how the sinister smoke seeped into adjacent apartments and shops. Floating ash spread through the smoke, and shards of pottery and broken glass splattered onto the sidewalks.

We talked about the familiar local landmarks we knew from our visits, the tiny stores and cafes that are "so New York," serving sushi next to tasty Belgian French fries, pizza close to a curry, a neighborhood mix of the trendy and retro side-by-side, always changing but somehow managing to feel the same. New York is a city for the urban intrepid, but even those who take exceptional pride in the shops and cafes crowded close together are sometimes puzzled that such disasters happen as seldom as they do.

Human evil seems to have been clearly at work in the cockpit of the Germanwings Airbus 320, with a crazed pilot bent on suicide taking 150 innocents with him, but the cause of the building explosion was not immediately clear; someone may have been cutting corners to steal gas from a line. Tragedy swamps us with pity and fear from a distance, reminding us that, "there but for the grace of God go I." We devour details with insatiable appetites in bizarre hope that the more we learn, the greater the chance to make the pain and disbelief go away. The emotions tapped by real-life tragedy lie close to nerve endings, transmitting hard truth about the transience of human experience.

The two religious holidays that Americans celebrate this week seem especially precious this year, as Jews gather around the table for Passover, rejoicing in their ancient escape from slavery in Egypt, and Christians gather for Easter services and feasts commemorating the crucifixion and resurrection of Christ. You don't have to be a believer of these faiths to share and appreciate the exuberance in holy contemplation of the meaning of life and death, the importance of coming together with family and friends to count the blessings that console and soothe tragedy.

Jews, sensitive to Israel's intractable dilemmas, must keep their eyes on the deal being worked out in Switzerland in hopes of restraining the Iranian rush to develop an Islamic bomb. Israel's friends, particularly skeptical evangelical Christians in America, watch with fear that the tiny democracy in the Middle East will be made vulnerable in a deal crafted to satisfy mostly the politicians of the great powers. Conversations at the Passover Seder and Easter dinner will be about considerably more than the ancient stories this year.

The spring holidays are made for good cheer and celebration, but looking for the hidden Easter eggs and mazoh reminds us that life is not only about anticipated surprises but the unexpected, too; some sweet and some bitter. We mourn those lost in tragedy and strive to prevent pain and loss in future ones. It's important to remember, and to pray for better times as we celebrate our blessings.