When History Didn't End in Germany 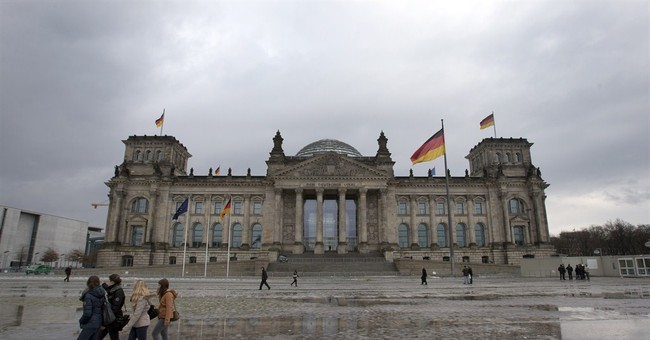 RUGEN, Germany. Americans groove on the exhilaration of argument and accusation as the midterm elections finally approach, but here in Germany there's the bitter remembrance of what it was like to have none of the above. Trading barbs and insults is the American way of campaigning, but East Germans recall fear, not free speech, as reams of barbed wire and blocks of cement turned into a wall and lookouts with guards who were ordered to shoot any of their own people trying to flee their encircled prison of a country.

An American visitor quickly becomes aware of sharp contrasts in the memory of Germans. The audacities of free speech, vigorous debate and the excesses are the heartbeat and heartburn of our politics, but many Germans who grew up in the East remember hidden tapes, tapped phones and government surveillance of anyone in the communist German Democratic Republic who questioned or criticized the state. They continue to mourn those who died in flight, who were shot or drowned in canals, trapped in tunnels or taken from their apartments, betrayed by neighbors and "friends." (The snooping through Angela Merkel's telephone conversations by the U.S. National Security Agency sounded particularly ominous and frightful in German ears.)

The Germans celebrate the 25th anniversary of the fall of the Berlin Wall on Nov. 9. Technically, it's a celebration of the collapse of the fortress that kept the Soviet section of Berlin walled-off from freedom in the American, British and French sectors. Visitors were allowed in, but those who lived there couldn't leave. The observance is a study of the deeper meaning of freedom, the achievements of German unification, German success in the European Union and the exposure of the failures and cruelties of communism.

Germany is eager to move beyond its guilty past, which runs from the atrocities of the Third Reich through the abuses of communist rule. But the past is not dead, as William Faulkner famously observed, because the past is not even past. Memory keeps it alive.

The other night I rode in a bicycle taxi in Berlin to tour the "Festival of Lights," to see historic buildings illuminated with beautiful projections of light in spectacular colors. One building was bathed in the colors of dancing flames, and it pulled from memory, albeit unintentionally, the burning of the Reichstag in 1933, set by the Nazis to blame on the Jews, an early warning of the Holocaust to come.

Rugen, an island in the Baltic Sea, recalls quieter but no less sad days. Binz, the chief town, is a resort the burghers describe as "Brighton for Berliners" or "Nice of the North." Such exaggeration would have stretched the nose of Pinocchio, but it was once one of the few seaside resorts accessible to East Germans. The communist commissars flew to Cuba to frolic in the sun and sip rum from coconuts, but others had to satisfy themselves with Binz.

Innkeepers were denounced as enemies of the state, convicted in kangaroo courts of the crime of owning property, as "agents" of the West. Their property was confiscated. Many were imprisoned. How different today.

Now streets are lined with shops with crowded shelves, and customers are eager to buy pottery, jewelry, clothes and paintings by local artists. Families crowd the cobbled boardwalk or take a stroll on the beach, where children in trendy down jackets and boots build castles in the fine white sand. They're on the lookout for amber washing ashore. Amber is made into expensive jewelry, on sale in a shop called "Bernstein" (a nice irony, that).

The October sea temperature is much too cold for swimming, but in the summer there's a nude beach where one dog lover boasts of swimming naked with her dachshund and the swans. The island once more resembles the picturesque seaside visited in the 1930s by Albert Einstein and Christopher Isherwood, author of "Berlin Stories," featuring Sally Bowles, the eccentric cafe singer of satirical songs.

German culture notoriously mixes the lightness of being with the dark side of the soul, plumbed by Goethe and Beethoven. A short bus ride to Prora takes a visitor to a holiday camp built by Hitler to change the attitudes of the workers whose trade unions he destroyed. Three miles of hideous buildings constructed of reinforced concrete recall the indoctrination of workers required to sup on Nazi propaganda of "Strength through Joy." There wasn't much joy. The resort was abandoned, unfinished, in 1939 when Germany went to war against the West. The East German government used it later for military barracks.

Developers, lured by tax breaks, are busy renovating the buildings into something more joyful, and modern condominiums with saunas, swimming pools and sea views go for 700,000 euros, or about $900,000. The development is called "The Colossus of Prora." That's advertising hyperbole, but private property is back, testimony to the power of a free market. As the narrator of the old black-and-white newsreel use to say, "Time marches on."