The Curtain on the Last Act 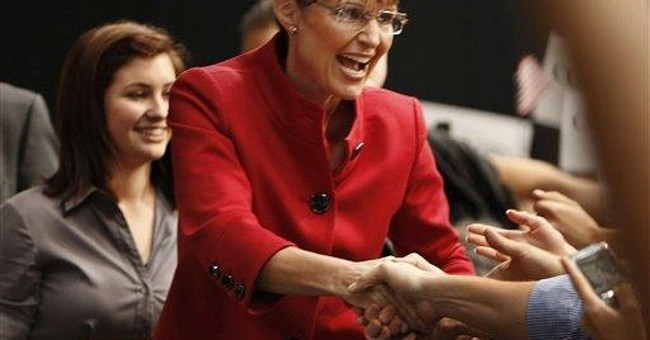 Newspaper accounts of past presidential campaigns nearly always reveal the singular moment when the public finally decided who should prevail on Election Day. A foolish remark, a speech not made, an inability to catch an unexpected swing in the public mood. It's often less that the winner fired the silver bullet than that the loser forgot to duck. Only the hindsight of the historian actually determines the fateful moment.

The greatest surprise in modern times was Harry S. Truman's upset of Thomas E. Dewey in 1948. Polling was then an "infant science," but common perceptions got it wrong, too. You couldn't find anybody who thought Truman could win. What is recalled most clearly in retrospect is that Harry Truman's "give 'em hell" speeches were full of fire and passion, and the Dewey speeches were dull, drab and dreary. He was forever caught, in the memorable description of Alice Roosevelt Longworth, as "the little man on the wedding cake."

Truman loved politics. Dewey didn't. "Lay it on," cried the men and women who crowded close to the railroad tracks on the Truman whistle-stop tour. The correspondent for New Yorker magazine described Dewey as arriving at rallies "like a man who has been mounted on casters and given a tremendous shove from behind." You couldn't keep Truman out of the ring; Dewey wanted to hover above the fray. Truman was hot. Dewey was cool. No candidate since has so snatched unlikely defeat from the jaws of certain victory.

I thought of that race when I read Fred Barnes' description in The Weekly Standard of John McCain as the warrior and Barack Obama as the priest (or the professor). These labels were first applied to Teddy Roosevelt (the hero of San Juan Hill) and Woodrow Wilson (who had been president of Princeton). A century before that, Andrew Jackson, the hero of New Orleans, was the warrior against John Quincy Adams, the "priest" of 1828 -- and Old Hickory kept his shrewd hand hidden behind the curtain against haughty and mannered Adams. "If my country wants my services," Adams said, as if everybody recognized his eminence, "she must ask for them."

Dwight D. Eisenhower and Adlai Stevenson revealed sharp contrasts as warrior and professor. Ike was president of Columbia University, but everybody knew him as the general who managed the landings at Normandy and led the allies to Berlin. Adlai was the first "egghead" -- eloquent, witty and cool. Americans wanted the warrior, not the egghead, and Ike won by a landslide.

Style counts, but events can blow style away. This year the warrior McCain is tested and the professorial Obama is not, but we're a different country now. McCain is the man we believe will hang tough in tough times, but there's a yearning, especially among young voters who have never known tough times, for the cooler man who suggests "idealism," even if the "idealism" is fantasy. The financial mess reveals neither man a profile in political courage.

McCain the warrior resembles, at least a little, Truman, and must keep moving to where the action is, but the action seems to have passed him by. Obama the priest (or the professor) sounds clueless, offering cool words without substance. The warrior's cries to "remember the surge" sound like echoes from distant history, and how soon we forget that Obama would sit down with Mahmoud Ahmadinejad or Vladimir Putin or Kim Jong-il without first figuring out what he or they might say.

McCain's famous temper and his angry view of the threats against us are counted as risks, but Obama's naive view of the world seems far more dangerous. The conventional wisdom holds that the economic crisis favors the naif because he's for change, whatever that tells us about what he would change (and nobody, certainly not the nabobs of the media, seems in a rush to ask).

The great American public has just about a month to decide whether the times call for a warrior or a priest. Huey Long, who invented the modern campaign, was called the pitchman of "a circus hitched to a tornado." H.L. Mencken called a campaign "a cross between a revival meeting and a hanging." Ronald Reagan likened campaigning to show business: "You have a hell of an opening, you coast for a while, then you have a hell of a closing." The curtain is up now on the last act, and we're waiting for that "hell of a closing."