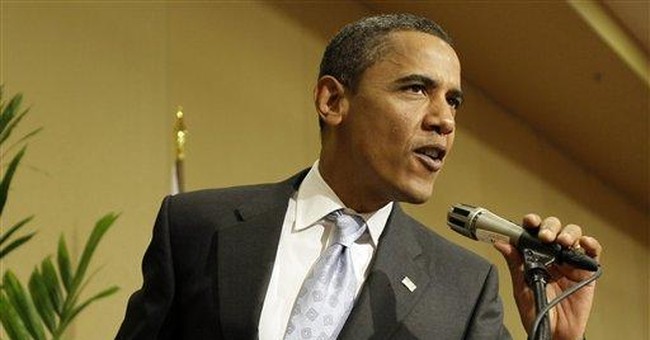 COROLLA, N.C. -- It's hard to be a hero in America. John Kerry learned that the hard way. He returned from the war in Vietnam, decorated by his grateful country, and turned on the men he had left behind, accusing them of crimes and atrocities. Years later, after he "reported for duty" as the nominee of his party, he was "Swift-boated" by men with whom he had served. Turnabout may or may not have been fair play, but it was enough to sink Kerry's boat.

John McCain seemed safe and comfortable in his accolades as the prisoner of war home from the Hanoi Hilton. The scion of a distinguished Naval family had not only endured unspeakable pain and horror, but had refused to leave his fellow prisoners when the North Vietnamese said he could leave.

Most Americans forgave his adulterous dalliances when he returned, figuring that anyone who suffered so much with such grace had something coming to him. But that was then. Now he hears occasional Democratic sneers of "so what?" Wesley Clark sniped that being a prisoner of war was no qualification for the presidency. Joe Biden damns with faint praise: "John McCain is my friend. But these times require more than a good soldier."

In modern America, heroism has the shelf life of a shrimp.

Politics is above all about "what works." Barack Obama, demonstrating how easily "change" can be manipulated as well as exploited, changed the tone of his campaign by changing his emphasis from "outside" to "inside." Joe Biden is the ultimate insider, suspicious of reformers and of anyone who would challenge the perks of insiders who know how Washington works and want to keep it that way.

Politics takes on strange shapes the farther you get from the center of the action. Perspectives change as quickly as Obama's definition of change. It's hard to hear the roar of the distant crowd at Pepsi Center over the roar of the ocean sending foamy whitecaps cascading toward the beach beneath a Carolina moon, making the balmy night of late summer a backdrop of something close to perfection. It's difficult to remember that the end of August marks the end of the beginning of a presidential campaign that is soon to turn ugly and violent.

Voters are trying to catch the last moments of summer freedom, some of us grooving on the sand between our toes as the kids try to put aside the fact that that's a school bell ringing in the distance. Joe Sixpack on the surfboard doesn't see himself as a generic voter (or a generic anything), and a mom keeping track of her brood on the beach, having to deal with the tragedy of a collapsed sand castle, has little time to consider the collapse of Hillary Clinton's presidential ambition. The little boy who drops the scoop of chocolate ice cream and sees it draining away on the hot sidewalk focuses his mom's mind on a tragedy of a more immediate kind.

Politics is the intruder here, as it is for so many Americans focused on the details of trying to live good and satisfying lives. Only television brings the political reality home. Now we know Michelle Obama doesn't wear a burqa. She's a mother with two adorable daughters, the poster children for "family values," the shorthand issue the Democrats are determined to steal from the Republicans. Chelsea Clinton, introducing her mom, reminds us that the hard-edged woman who lost her bid, barely, for the nomination succeeded in her most important mission of all, raising a bright and successful daughter.

A torrent of words, bluster and promises of pie in the sky will fall between Denver and Minneapolis and beyond. That's where the politicians live, and come September and October, what Barack Obama means by "change," what John McCain means by "experience," will crystallize on the stump and in the debates.

Will the poisonous residue of hate preached by Obama's erstwhile pastor and his inexplicable association with violent and unrepentant '60s radicals continue to cast doubt over his judgment and his readiness to lead all the people, all the time? Will McCain put aside nagging concerns about his age with his choice of running mate? Will his support of the surge in Iraq, now recognized as a qualified success, sustain his own surge of voter support? But late summer for us is springtime for the nominees. The real campaign is about to begin.