The DNC’s Four Days of Misery

Susan Stamper Brown
|
Posted: Aug 22, 2020 12:01 AM
Share   Tweet
The opinions expressed by columnists are their own and do not necessarily represent the views of Townhall.com. 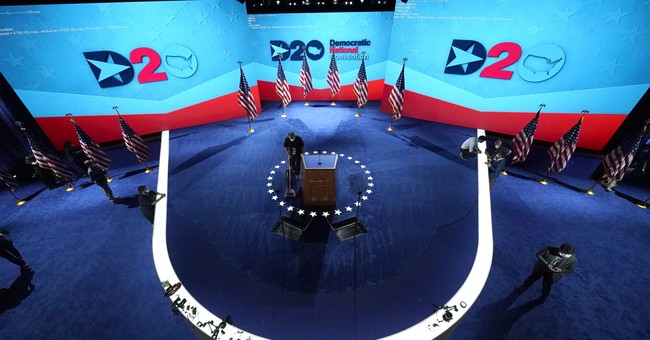 At least their speeches were live in 2016, unlike 2020’s virtual Zoom-fest, which played like a low budget zombie apocalypse movie with swarms of angry undead people threatening civilization’s collapse unless we elect as president the closest thing to a zombie America’s had.

Sure, Biden proved he can still read, but there’s no proof he can comprehend; overall, Sleepy Old Joe gives the impression he’s not doing well and needs something stronger than Geritol to rouse him from his perpetual state of unawareness. Poor guy. He’s always forgetting where he is, who he’s with, and has a dreadfully hard time finishing sentences. No wonder he’s continually hiding in his basement. Keeping him there protects his campaign from public events going bad and avoids the potential for a Silver Alert.

Watching the Democrat Convention left me with one thought: My goodness, Democrats are angry. Every speech at the DNC was vile and filled with the most terrible, awful, nasty anti-American rage. As if that kind of message convinces normal people anywhere to join them in their misery.

Former President Barack Obama’s speech was the worst; he sounded more like a George Soros-funded community agitator than a former American president. Obama’s speech was malicious, divisive, foul, and lie-filled. (Those who haven’t already, should take time to read the transcript.) And in typical Democrat fashion, Obama accused President Trump of the very things which Obama and his administration are guilty, proving the most pathetic kind of fool is a fool who has no idea he is one.

Democrats’ world is dark, dangerous, and violent; therefore, their judgmental sermons filled with despair did little to inspire anyone except each other, if at all, considering their anemic online “Zoom meeting” presence. Democrat presenters pivoted between expressions of profound sadness and gloom to outright rage, glossed over with a Hollywood veneer.

Considering their so-called “accomplishments,” I’d be angry too. Lawlessness rules in most Democrat-controlled cities, overrun by the homelessness, poverty, and high crime their policies perpetuate. Mobs continue to mete out an upside-down, Bizzaro-World form of “justice” where law-abiders get punished, and lawbreakers, rewarded. Corrupt leadership means Black-on-Black murders rise because the blue line protecting them is now all but erased.

Forget what Michelle Obama says about Democrats going high; the truth speaks for itself: When Democrats go low, they never reach the bottom; there’s always room to go lower.

The DNC’s four days of misery highlighted a long list of depressing issues that mysteriously never seem to get better. It’s as if yelling about racism, victimization, oppression, injustice, and discrimination somehow transfers blame to the Republicans and their ultimate nemesis, President Trump.

Their message was gloomy, uninspiring, and overflowed with hatred and lies. Rather than hearing hope, all we heard is about a fantasy world only they see. After all, leftists view everything through a prism of doom, despair, agony, oppression, injustice, victimization, and discrimination.

In sharp contrast, most conservatives are repulsed by negativity, seeing a world filled with half-full glasses and never-ending possibilities.

If Democrats get to repeat lies continuously, please allow me the grace to repeat the truth about what conservatives believe: Most of us believe in God, love our families, care for the weak and protect the unborn. We believe in the U.S. Constitution, hold dear to the truth, cling to our guns, and celebrate our freedoms.  We believe in law and order, back the blue, and love our military.  We believe in equal rights and equal opportunity, embrace personal responsibility, and encourage hard work. And despite current circumstances, we still believe this extraordinarily exceptional country is the world’s last great hope. We believe America’s best days are before us. And more than ever, we believe Democrats’ leftism-Marxism must be defeated, subjugated, destroyed.

The 2020 DNC Convention ended the same depressing way it began. Joe Biden concluded by reading a nasty speech filled with syrupy words, hyperbole, and lies, inferring we’re all doomed unless we vote for a man who can’t remember what he did yesterday, but will save the world come November.

The strange thing is, they told us the same thing in 2016—that America desperately needed change. I guess they forgot Obama and Biden were in charge for eight years back then. I know, Joe, the memory is the first thing to go.