Susan Stamper Brown
|
Posted: Sep 27, 2016 12:01 AM
Share   Tweet
The opinions expressed by columnists are their own and do not necessarily represent the views of Townhall.com. 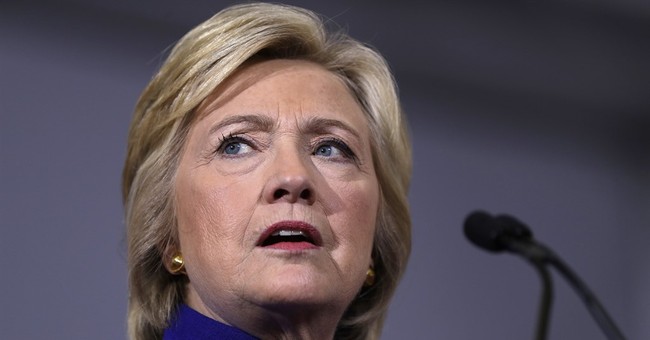 The fix is in. Even if she doesn’t show up for the upcoming presidential debates, Hillary Clinton will be declared the winner.

Hillary will be declared the winner by the same media who covered for her when she disparaged millions of hardworking Americans, saying half of Trump supporters belonged in a “basket of deplorables,” consisting of “racist, sexist, homophobic, xenophobic, Islamophobic” individuals.

People haven’t heard much about Hillary’s “deplorables” comment because that kind of behavior doesn’t fit the narrative. So her media friends changed the subject, reporting about “important” things like how cow farts contribute to global warming, rather than all the hot air rising from the Clinton campaign trail. which could paint her in a negative light.

They have so much invested. Politico reports that many big media organizations like NBC Universal, News Corporation, Turner Broadcasting, Thomas Reuters, Comcast, Time Warner and Viacom made donations ranging from the low-thousands to the millions to the Clinton Foundation.

That’s why Hillary gets a pass for calling Trump supporters “homophobes.” That’s also why many media outlets failed to report when Fox News’ William La Jeunesse broke the news that the Clinton Foundation accepted millions in donations from real “homophobes” -- foreign governments well-known for criminalizing homosexuality.

The media salivate over trivial scuffles at Trump rallies which serve to paint Trump supporters in the worst possible light. But apparently, it wasn’t newsworthy that the father of the Orlando Pulse Club terrorist who killed 49 people is an outspoken Hillary Clinton supporter who showed up at one of her rallies. In fact, Seddique Mateen held up the sign he made supporting Hillary during an interview with a local television station saying, “Hillary Clinton is good for the United States.”

Hillary says Trump supporters are “racist.” The media refuse to let go of David Duke although the Trump campaign let go of him long ago. Thing is, Trump’s never heaped praise on David Duke like Hillary Clinton did for fellow Democrat and former Klan leader, Sen. Robert Byrd. The  Daily Caller reports that Clinton “commemorated” the late Sen. Robert Byrd, calling him her “friend and mentor,” saying he “was a man of surpassing eloquence and nobility.”

Obviously, Hillary’s memory problem extends past her emails and Benghazi to include her recollection of her own party’s ties to racism. And the media glosses over the fact that David Duke was a Democrat until 1989. He was no longer affiliated with the Klan when he joined the GOP.

At a recent press conference, Trump acknowledged President Obama was born in the United States. Shortly after the press conference, headline after headline appeared smearing Trump. Many called Trump a liar for saying the birther issue didn’t originate with him.

What wasn’t widely reported was that McClatchy D.C. bureau chief James Asher (@jimasher) said on Twitter September 15 the birther rumor originated within Clinton’s own 2008 campaign: “@HillaryClinton So why did your man #sidblumenthal spread the #obama birther rumor to me in 2008, asking us to investigate? Remember?”

It’s no surprise a recent Gallup poll found that only 32 percent of Americans trust the media “to report the news fully, accurately and fairly” – a dwindling commodity in a day when it’s hard to distinguish between the National Enquirer and the New York Times.