Be Good for Goodness’ Sake? 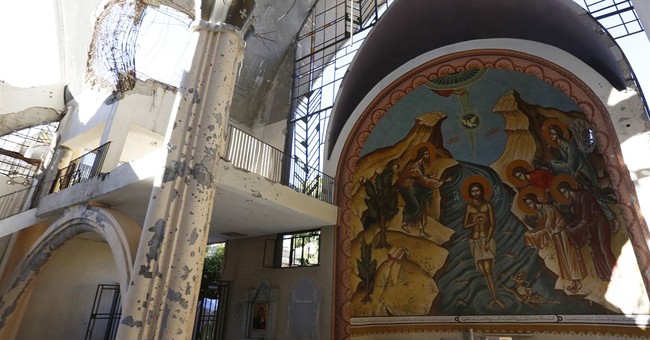 God bless them, Atheists are at it again.

It is Christmas time, the season of good cheer where we celebrate Jesus’ birth, but rather than doing that, a group called American Atheists invite us by way of their new billboard campaign to “Go ahead and skip church! Just be good for goodness’ sake.” As if that’s even possible.

Sure, anyone, including atheists, can do good works without acknowledging God, but that doesn’t mean they do those good works apart from God because it’s impossible to define “good” without also acknowledging good’s creator, the moral law giver. If an objective standard of right and wrong or good and evil does not come from that moral law giver then clearly everything is subjective, based on the whims of whenever, however, and on whomever the wind might blow on any given day.

In the absence of those ten “Thou Shalt Nots,” the world is a nasty place to live. For years now, some have done their best to expunge all references to God and Judeo-Christian values from American daily life except when they conveniently cherry-pick or contort certain scriptures for political gain. They promote un-values based on historical un-facts, suggesting their movement, which is really a religion of self-adoration, will reap positive results for the greater good in the absence of God. The result? A never-ending stream of breaking news about atrocities the world-over occurring because people have lost touch with any sense of right or wrong.

Without an absolute standard of right and wrong, humans are reduced to mere animals acting on instincts and urges, driven by emotional whim rather than motivated by conscience. How is a definition of good defined unless there is a pre-set standard of absolute goodness? Without that standard, we are also unable to define evil. Therefore, without moral absolutes defined by he who is the initiator of moral standards, it is impossible for humans to justify why it is that anyone should “be good for goodness’ sake” as these billboards suggest.

So why even try?

Whether we acknowledge it or not, deep within every person’s heart there is a profound yearning for absolute truth, placed there by a good God who created man and imprinted his image in our DNA. Atheists hint of the evidence of that DNA every time they utter words like “ought” or “should” or “shouldn’t” and talk about justice. Atheists.org also acknowledged evidence of that DNA back in November, when in an online statement, they described the Paris terrorist attacks using terms like “unspeakable horror” and “violence” as well as words like “absolute” and “moral.” “Unspeakable horror,” according to what or who’s standard? “Absolute” or “moral” based on what?

If anyone assumes a moral law, then there must be a moral law giver. If there is no moral law giver, then good and evil, right and wrong, justice and injustice, moral and immoral are figments of the imagination.

Believers do good works not “for goodness sake” but rather in thankful response to the moral Law Giver’s unmerited gift of salvation which came by way of a little child born in Bethlehem’s manger. “For unto us a child is born, to us a son is given, and the government will be on his shoulders. And he will be called Wonderful Counselor, Mighty God, Everlasting Father, Prince of Peace,’ Isaiah tells us.

It really is a wonderful time of year. Do some good and invite an atheist to church.