A Deception Of 'Clintonian' Proportions 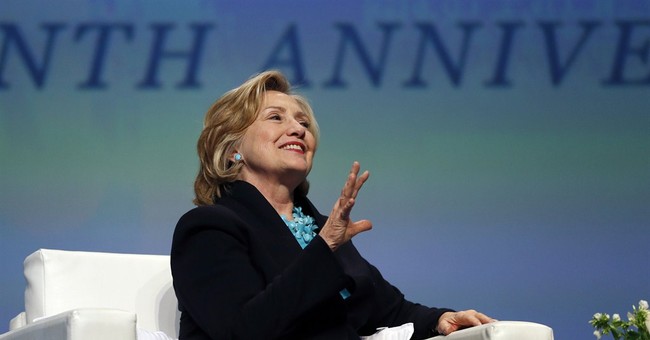 As I’ve been watching the Hillary Clinton email scandal unfold over the past few days, a lawyer by the same name comes to mind – her husband. When then-President Bill Clinton was asked about a particular activity, he responded famously, “it all depends on what your definition of ‘is’ is.” Plain language was given an extraordinary and memorable runaround. Now Hillary Clinton, also a lawyer, has resorted to hiding the truth about her career at the Department of State. And she did this through the audacious practice of having all of her professional, publicly accessible email written only on a private email account hosted on a server at her home.

Because of her refusal to use a public email account, no one can be sure about her role as Secretary of State during those years, including the tragic death of Ambassador Christopher Stevens in Benghazi. Her views, thoughts, and actions are hidden – and done so deliberately by someone who is a lawyer and who surely understood her responsibility to the American people as she took the oath of office, her hand on a Bible.

I’ve been reminded of a favorite quote by Thomas Paine, which applies to all public servants, whether it be your local city government or the highest federal offices: “A body of men holding themselves accountable to nobody ought not to be trusted by anybody.” How can anyone consider Hillary Clinton worthy of their trust, much less their vote?

This direct thumbing of her nose at the American citizenry also swept in, through coercion, her State Department staff. They knew better but were required to communicate with her only through her personal email. If this total lack of respect for accountability was not bad enough, the use of her home server (which could not have been as secure as the government server) to conduct State business is an entirely other issue of concern.

Hillary’s deliberately deceptive and obstructive behavior is the sort of thing one would expect to see in a banana republic, not a democracy. It is an unpleasant foreshadowing of how she would lead from the Oval Office if, God forbid, American voters throw discernment to the wind and usher in a second Clinton Administration. We will have cause again to wonder about the plain meaning of language.

The public deserves more and must demand accountability; otherwise our freedoms will continue to leak through the cracks in our elected officials’ characters.