Honoring the Memory of the Holocaust

Suhail Khan
|
Posted: Feb 01, 2020 12:20 AM
Share   Tweet
The opinions expressed by columnists are their own and do not necessarily represent the views of Townhall.com. 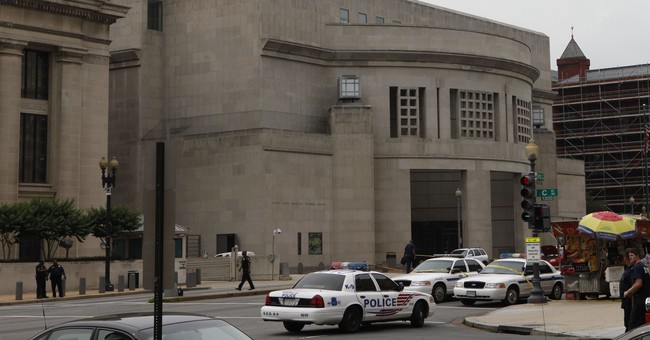 Monday, January 27 was International Holocaust Remembrance Day. If you didn’t know, you’re not alone. Those who lived through the terror and survived are all but gone now, taking with them the ability to say, “I was there, I saw, and I survived to bear witness so that it will happen never again.”

I too have seen. On my recent trip to the notorious death factory at Auschwitz, it was the numerous piles of children’s shoes that struck me the most. It’s something even the most stoic and jaded of men cannot view without being reduced to visible emotion, even tears.

More than any other of its haunting realities, the tens of thousands of children’s shoes, still in piles, still tied in pairs, presumably by attentive mothers who believed they would be returned to their children after the mandated shower to cleanse them of lice. They weren’t, as everyone knows, yet they remain behind to drive home the horrors of the Holocaust in a way that makes them the idiomatic representation of state-sponsored mass murder and genocide.

These shoes stand for the destruction of innocence. For the promise of life, cut short by ruthless, incalculable evil.

Our group came to Auschwitz to mark the 75th anniversary of its liberation under the auspices of the American Jewish Committee’s David Harris. With him were major faith leaders from Saudi Arabia, Morocco, Tunisia, Egypt, Lebanon, Malaysia, Sweden, Germany, Poland, Lithuania, Estonia, Belarus, Israel, and the United States.

We came to see firsthand where millions of innocent men, women, and children perished because the world was indifferent to their plight. Over eleven million people, six million Jews and seven million others including Jehovah’s Witness, Slavs, Roma, Africans, Muslims, homosexuals, the disabled and mentally ill, and Allied prisoners of war -- the “Untermensch” (sub-humans) and “undesirables” were rounded up by the thousands from countries under Nazi rule. They were brought to places like Auschwitz to be systematically processed, cruelly exploited as slave labor, and then murdered with ruthless efficiency if starvation or illness did not take them first.

We visited to keep them alive in memory. We came to remember, and to once again promise, as the victors in the struggle against global tyranny promised to the memory of those who had been the victims of the Holocaust, “Never again.”

Sadly, this promise has not been kept. Perhaps because we do not make more out of Holocaust Remembrance Day. There is a deep resistance to the realities of the painful lessons it teaches. In my lifetime alone, the numbers of innocent civilian victims of state-sponsored murder are staggering. The Khmer Rouge in Cambodia perpetuated the deaths of approximately 1.5 to 2 million people from 1975 to 1979. In 1994, over 800,000 Tutsis were killed by Hutu extremists in just about one hundred days. In Europe, over 55,000 civilians were killed in the war in the Balkans including the 1995 genocide of more than 8,000 Bosnians mainly men and boys, in the town of Srebrenica.

In Myanmar, over ten thousand Rohingya civilians have been murdered by the Buddhist majority military forces. Thousands of women have been raped and over 740,000 have been driven out of their homes and into neighboring Bangladesh. Just last year, as part of an interfaith delegation, I visited these sprawling and squalid camps to interview victims first-hand, to learn of their plight and to call for international leadership in addressing the ongoing crisis.

As part of Communist China’s “people's war on terror," hundreds of thousands of Uyghurs and other ethnic minorities are currently being held in modern concentration camps. The death toll and massive human displacement, particularly of civilians, continues as a result of the civil wars in Syria and Yemen.

And the world continues to struggle to find a solution to the decades-old conflicts between Israel and the Palestinians and in the Kashmir region of India.

Closer to home, Americans of all faiths have increasingly found themselves under threat. The stabbing attacks on Hanukkah in New York, the shootings at the synagogues in Pittsburgh and Poway, not to mention the number of attacks of vandalism of mosques, synagogues, and Jewish gravesites have captured the nation’s attention. As have the various shootings at churches in South Carolina and in other places. Last month, two men were murdered and a third was injured in a shooting at another church in Texas. Alas, the profound lessons of the Holocaust appear elusive to newer generations.

At the end of our visit to Auschwitz, David Harris noted that while many during the Holocaust despairingly asked, “Where is God?” he prefers to ask, “Where was humanity?” It’s an apt question, then and now. As we weigh the somber lessons of the Holocaust going forward each year, I hope and pray His work may be our own as we continue to bring healing to our violent and broken world.

Suhail A. Khan serves on the Muslim Jewish Advisory Council of the American Jewish Committee and as a Senior Fellow at the Institute for Global Engagement.