Steve Sherman
|
Posted: Apr 28, 2019 12:01 AM
Share   Tweet
The opinions expressed by columnists are their own and do not necessarily represent the views of Townhall.com. 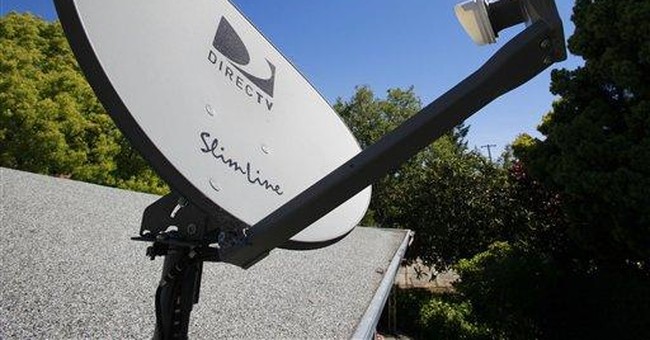 One of the big problems with Washington, D.C. is that politicians allow expiring legislation to continue on -- even when unnecessary. The idea of requiring a sunset of legislation makes sense, because there are times when Congress needs to revisit legislation in the years after an idea is made into law.  If the law continues to have popular support and is still necessary, then it should be reauthorized.  When legislation is given a sunset date, because it addresses a temporary situation and the drafters intended for this legislation to remedy a short-term situation, then that legislation should be allowed to expire.

We have witnessed example after example of permanent legislation in need of a revision or expungement. FreedomWorks has a funny list of federal laws that might be in need of a second look including: 21 USC Sec. 461 & 9 CFR Sec. 381.171(d) makes it a crime to sell “Turkey Ham” as “Ham Turkey” or with the words “Turkey” and “Ham” in different fonts; and, 18 USC Sec. 1865 & 36 CFR Sec. 7.96(b)(3) make it a federal crime to harass a golfer or tennis player in any national park in Washington, DC. There are elements in current law in need of a second look. These laws show that Congress has a difficult time dealing with changed circumstances and updating existing laws that seem to have no current useful purpose.

A great example of a law that Congress has an easy route to fix is one that is embedded in a law providing a massive subsidy to corporate America.  Congress passed temporary legislation in 1988, and reauthorized in 2014, titled the Satellite Television Extension and Localism Act Reauthorization Act (STELAR) containing the subsidy.  This bill originally provided subsidies and special permissions for small and newly deployed satellite companies, to help them compete with dominant cable companies.  These supports were put in place 30 years ago, yet they are continually reauthorized in legislation scheduled to sunset at the end of this year.

Reauthorization is unnecessary because of the growth of the satellite TV business and advancements in technology. Government subsidies of the cost of retransmitting broadcast signals may have made sense three decades ago to enable newly created satellite companies to compete, but these companies no longer need that help. In the 1980s, it perhaps made sense to give satellite companies the right to import out-of-market network TV signals into a local market where they hadn’t yet launched the technology to give viewers the local broadcast stations. Today, though, technology has rendered that crutch obsolete.  With the satellite TV industry healthy – DirectTV is worth $235 billion and Dish is worth $17 billion – these big corporate interests don’t need the subsidy. Congress should let the law expire as Congress originally intended.

Reauthorizing STELAR would actually do harm to many underserved areas because it provides an incentive for satellite companies to not provide local content. As a resident of Iowa, it is a problem that the residents of Ottumwa get no local content on DirectTV.  They are not the only ones. Residents of rural areas in Michigan, Kentucky, Wyoming, Nebraska, Montana, Colorado, Missouri, Maine and Texas are also denied local content by DirectTV. The current below-market temporary subsidy provides a financial and government-provided incentive for satellite companies to deny rural viewers in these states access to local news, weather, sports, and lifesaving emergency information.

This seems like an easy one for Congress, yet nothing is easy when there are lobbyist pushing to continue crony legislation that benefits their clients. Allowing legislation to sunset is logical in many cases because of changed circumstances and when a law contains an unnecessary special interest handout.  The world has changed so much with regard to every aspect of our lives, yet we live in a world where the laws apply to the world as it was ten, twenty or even fifty years ago.

Senate Majority Leader Mitch McConnell, and constitutional conservatives like Sens. Ted Cruz (R-TX) and Rand Paul (R-KY), can make sure that legislation that is unneeded will be allowed to expire. The only people helped by continuing unnecessary subsidies to cronies in Washington, D.C. are the lobbyists and special interests who benefit from these special interest carveouts.