Development Without Cheap Energy is a Pipe Dream

Steve Sherman
|
Posted: Nov 19, 2018 1:20 PM
Share   Tweet
The opinions expressed by columnists are their own and do not necessarily represent the views of Townhall.com. 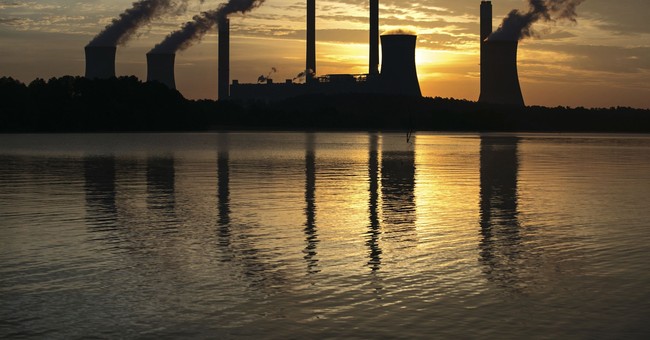 The World Bank would rather poor countries stay in the dark than use cheap and abundant fossil fuels to bring light to people trying to enter the modern age. It makes great “news” but in reality, it’s not possible for certain parts of the world to leap straight to using “Renewable” sources of energy. The fact that Southeast Asia intends to develop a huge wind energy farm is grabbing headlines, but renewables have yet to make significant headway in that area of the world. Nations simply can’t develop unreliable “Green” energy without first having a stable energy source such as coal. Despite left wing pipe dreams that developing nations need to buy in wholeheartedly to renewable fuels it’s simply not workable.

According to the International Renewable Energy Agency (IRENA), there is less support for renewables across Southeast Asian countries than in other regions of the world, and the energy policies of these governments unequivocally reflect that trend. Coal remains the primary fuel for fueling the region’s economic growth, pitting Southeast Asian nations openly against fossil fuel opponents, such as the World Bank.

Southeast Asia is predominantly made up of developing countries and has ample—and cheap—coal reserves. As the International Energy Agency (IEA) notes, coal’s grip on this region is secure for the foreseeable future: oil and coal are set to lead the growth in the region’s power and transport sectors as energy demand rises 60% by 2040 thanks to growing populations and higher incomes. Given that a staggering 65 million people in Southeast Asia are still without electricity, adding additional capacity is the region’s priority—a priority that is at loggerheads with the left leaning World Bank’s recent decision to stop bankrolling coal, oil and gas plants.

Since the World Bank announced its new policy, developing nations have increasingly pushed back against what they see as “energy imperialism,” because the richer nations are trying to impose a costly mandate that lesser developed nations must follow. While wealthy countries continue to be responsible for the lion’s share of global emissions, developing nations are expected to foot the bill of implementing the Paris accord, and are tasked with meeting costly emissions targets.

World Bank President Jim Yong Kim himself was recently forced to acknowledge that African leaders had argued to him that it was “wrong” for institutions like the World Bank to tell them they cannot use fossil fuels for baseload electricity, even going so far as to calling it “compelling to me.”

It is obvious that the World Bank would be better off meeting developing countries halfway on coal, rather than berating them. Southeast Asian countries are arguing for a more pragmatic approach to economic development – one that allows for coal use with innovations like high efficiency, low emission technology, which drastically reduces CO2 emissions from coal power stations.

Most of the coal power facilities currently under construction across Southeast Asia already apply these technologies, which produce more power more efficiently and with less coal required per unit of energy produced, by operating at higher temperatures and pressures. Something called “advanced ultra-supercritical (A-USC)” technology, for example, cuts carbon emissions by 45 to 50%, while lowering coal consumption at the same time.

The Southeast Asian ministers recently reiterated their commitment to clean coal and related emission mitigating technologies during an energy summit in Singapore at the end of last month. In light of the region’s ever-increasing electricity demand, the ministers highlighted in a joint statement their intent to promote “clean coal technologies”, advance carbon capture initiatives which most experts agree will be key to address global warming concerns, as well as upgrade coal plants currently in operation.

The liberal World Bank is increasingly out of step with the world’s most populous economic belt and its economic needs. This disconnect with developing countries’ priorities has caused the World Bank to become at odds with President Donald J. Trump’s own initiative to promote clean coal technology. The “Clean and Advanced Fossil Fuel Alliance” was created explicitly to challenge World Bank policies, and it is not surprising that developing countries the world over are voicing their support for it.

The World Bank is pushing developing nations towards policies that will put them further behind. As much as global financial institutions want to cut funding for fossil fuel projects to feel better, they ignore the need for clean coal funding to help achieve 100% electrification of Southeast Asia.

The liberals at the World Bank need to face the reality that it would be better served by a pragmatic approach on energy funding and stay away from the harmful expensive “feel good politics” of alternative energies that are both inefficient and expensive. When millions of people are literally still using candles…clean coal is the best option to turn on the lights. It’s typical for left wingers to impose wind farms on nations that have no capacity to use them effectively when clean coal is a far better alternative.