Steve Sherman
|
Posted: May 05, 2018 12:01 AM
Share   Tweet
The opinions expressed by columnists are their own and do not necessarily represent the views of Townhall.com. 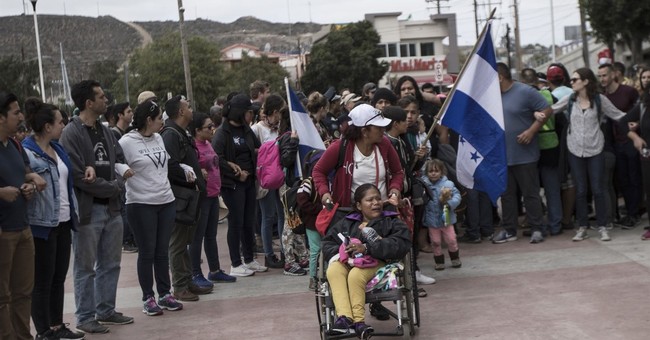 The regulation in question is President Obama’s last-minute regulations intended to sabotage the a business investor visa program going forward. The Real Deal (a New York real estate news platform) reported on February 14, 2017 “just before President Obama left office, the Department of Homeland Security proposed some serious rule changes to the EB-5 visa program, which awards green cards to foreign nationals investing in job-creating U.S. projects.” The report quoted Angelique Brunner, spokesperson for the EB-5 Investment Coalition, said the proposed rules would spell the end of the program as we know it. “Undoubtedly the numbers in the regulations will kill the program,” Brunner told The Real Deal. “The market cannot bear those numbers… I think you would see as much as a 90-percent dropoff in demand.” The rules that included hikes in investment requirements and areas to invest were clearly intended to kill the program through regulatory proposals that make the program unworkable.

The program is in need of expansion, not contraction. According to a study from the American Action Forum, the EB-5 program “offers up to 10,000 visas to foreign investors and their families each year to stimulate the U.S. economy through capital investment and job creation.” The study concluded that recipients of these visas have “invested at least $20 billion in the U.S. economy since 2008, with over $5 billion invested in 2017 alone.” The projects associated with the program “have created over 174,000 jobs, which equates to approximately 16 jobs per investor.” This is a successful program that creates American jobs and is a magnet for foreign cash to invest in American infrastructure projects.

Even official U.S. government statistics indicate that this program has been an economic success. The Department of Commerce in a report issued January 2017 found that in 2012 and 2013, EB-5 visa holders invested $5.8 billion and that number magnifies to $16.7 billion when you add together the foreign and domestic investment in projects made possible by this program. This program has measurable benefits for the American economy and has led to an expansion of investment in building projects and infrastructure.

Although this is a program that is consistent with President Donald Trump’s proclamation at Davos earlier this year that “America is open for business,” an official of the U.S. Citizenship and Immigration Services (USCIS) is pushing to implement this Obama era regulation. Kathy Nuebel Kovarik, Chief of the Office of Policy and Strategy at USCIS, spoke at an Invest In The USA (IIUSA) conference on April 27, 2018 where, according to the IIUSA, she “reinforced her department’s position that they will try to get EB-5 regulatory reform done this year.” These are Obama regulations that should be abandoned, not pushed by an administration committed to merit-based immigration policies.

Conservatives have always believed that President Obama’s governing through executive orders and executive actions were outside the scope of his power as president. The Trump Administration argues that the Deferred Action for Childhood Arrivals (DACA) program is unconstitutional because the power to change the law resides constitutionally with Congress, not the President. As Hans Von Spakovsky wrote for The Heritage Foundation, “the place to have the debate about what to do about illegal aliens who were minors when they came to this country is in the halls of Congress, not the White House.” President Trump has abandoned the DACA program because of this argument made by conservatives. Why one of his staffers would try to govern through regulation to sabotage a program defies logic.

The EB-5 investor visa program is unique because it draws in foreign investment while creating American jobs. This program is in need of legislation to update the program in a way that expands the program by increasing the numbers of foreign investors who can take advantage of the program, not a regulatory effort to end it.

Any effort to kill the EB-5 investor visa program through regulation is wrong headed and will not make America great again.