U.S. Companies Not Relying on Government to Protect IP

Steve Sherman
|
Posted: Sep 12, 2017 12:01 AM
Share   Tweet
The opinions expressed by columnists are their own and do not necessarily represent the views of Townhall.com. 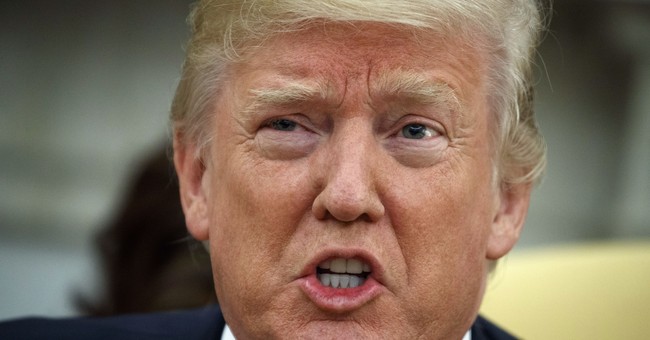 You would think an arm of the Federal Government would investigate the circumstance of an American company being hacked by a foreign-owned company. Especially when evidence is secured that the foreign company is caught red-handed stealing millions of dollars’ worth of intellectual property (IP). If you thought that --  you would be wrong.

There is a case right now where a U.S. company took the investigation into their own hands to protect IP from alleged foreign theft because the U.S. government was not helping.

Where was the FBI, the Justice Department, State Department or even the CIA to help this United States company to protect from theft? The Feds have been nowhere to be found. IP theft is a major problem and should be one of the top priorities of the Trump Administration going forward.

It appears from an NBC News report that a U.S. company, CoStar, was allegedly the victim of theft by a competitor named Xceligent. CoStar is a multi-billion-dollar United States based enterprise that runs Apartments.com. They employ thousands of Americans, and they invest more than $150 million every year into new research, data, intellectual property to keep their site relevant to its customers who make their living in the various aspects of America's real estate and development market.

Xceligent is a direct competitor to CoStar, and they are owned by a large and well known British firm. According to Xceligent’s website, that company was established to “build and maintain comprehensive real estate data so you don’t have to.” Just where they get their “data” is the crux of the issue.

Xceligent has been accused of stealing intellectual property on a massive scale.  According to a July 1, 2017, NBC News report, CoStar, secured a court order to raid “headquarters for a firm called Avion where hackers were believed to be stealing proprietary real-estate photos and information on behalf of an industry rival.” CoStar claims that raid secured proof that Avion, at the behest and being compensated by Xceligent, was stealing IP from CoStar. Again, these are all allegations, but the evidence is strong right now pointing to a foreign based company stealing the IP of an American company.

According to Bisnow, in a post published on December 14, 2016, CoStar CEO, Andrew Florance "alleges Xceligent stole and resold CoStar’s content on ‘an industrial scale,’ finding more than 10,000 instances of copyrighted photos and data on Xceligent's public website.” Xceligent pushed back to say that the suit has no merit, but that was before the raid that captured evidence that does not help Xceligent’s case.

So, what is a $9 billion company like CoStar supposed to do when the U.S. Government does nothing when a foreign company literally attacks their livelihood? At their own expense, they tracked down the hackers allegedly employed by Xceligent. The hacking operation was based in the Philippines hidden inside a company called Avion.

CoStar armed itself with lawyers, computer forensic experts, and private security and went to the Philippines. They obtained a court order and a raid orchestrated in concert with the government of the Philippines was set in motion.

According to the NBC news story after they secured a court order they “swept through Avion's sprawling facility — eight hours from Manila and accessible by a single road — and emerged with 262 hard drives containing 35 terabytes of data.”  After they secured the data, they found something that disturbed them – evidence that this same firm, Avion, was involved in “child pornography, prostitution, sex trafficking, and links to the dark side of the internet found at Backpage.com, a site known to run a global adult ad sales operation.” If CoStar had not done this on their own, the backpage.com information would not have been discovered.

Prior to the evidence discovered in the CoStar raid, Backpage.com had claimed its innocence, claiming it was simply discreet adult advertising. Why did CoStar have to do all of this when the United States government should have been helping to protect an American company’s IP? It is stunning that an American company was left with no recourse other than to orchestrate a military style raid against criminals hiding in a foreign country.

The U.S. government needs to wake up and put in place recourse for companies attacked by foreign companies hacking our valuable intellectual property. The fact that the CoStar raid discovered something much darker and more dangerous than a million pictures of real estate should be all the alarm bells we need.