American Kids Need to Know More Than How To Text--They Need Training In Computer Skills Now!

Steve Sherman
|
Posted: May 19, 2016 12:01 AM
Share   Tweet
The opinions expressed by columnists are their own and do not necessarily represent the views of Townhall.com. 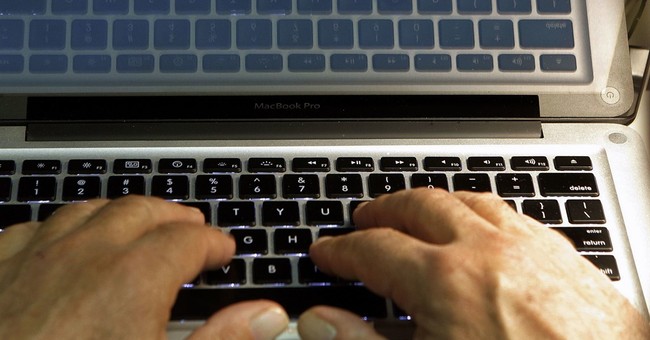 Donald Trump and Bernie Sanders love to talk about the hollowed out middle class and the horrors of outsourcing all the good jobs to China and abroad, but they don’t say how were going to fix it.

Trump will get China in a room and negotiate them to death. Boom! We win…’Merica! Okay, but then what?

Bernie will sign an executive order decreeing that all jobs must remain in America and pay at least $15/hour. Okay, but come back to reality. They pay less than that in Malaysia and India and everywhere. That won’t bring any jobs home.

Sorry Hillary, I have no idea what you will do. Probably send an unsecured email about it! The Russian hackers will laugh themselves silly reading that.

What would happen if suddenly Trump negotiated or Bernie decreed all the jobs lost oversees back to U.S. soil? Nothing.

We don’t have enough people trained in computer sciences to handle it. That’s the cold hard facts folks. The jobs will never come home until we start training our kids to be programmers and engineers. We couldn’t fill those jobs if we wanted to. No matter what politicians want to say, we are in an education crisis.

If the politicians don’t get behind education reform that starts teaching our kids for the jobs of the new millennia forget about whatever else they say. Conservatives need to be problem solvers and find a way to make American education great again. For real…not a slogan. Don’t believe me? I’m not alone crying in the wilderness. Here is another piece highlighting our dilemma. Not enough American Kids Trained in Computer Science.

From there the problem gets much worse. This is critical. Our nation is in dire shape now and will remain so if we don’t address this. The next problem we face is national security. We have nation of kids that can kickass in the video battles of Mortal Kombat 6 or Call of Duty 4, but have no idea how to defend our nation from the real world cyber-attacks that are already happening.

We must entice those kids off the couch. Encourage them to put down the virtual joy stick and learn how to combat against real Russian and Chinese hackers out to bring America to ruin. We must train American kids to do this. You can’t outsource America’s national security problems to a team of tech guys in India. It has to be our kids. Here’s another piece proving my point. The next national security crisis: We must make plans now to defeat growing cyber threat.

Trump can build a wall and Bernie might give away the entire world, but our Millennials and the generation coming up behind them must be trained in the computer sciences. According to the Computer Science Education Coalition (CSEC) there are currently more 600,000 unfilled computer jobs in the U.S. and only about 42,000 new people graduated with degrees in computer science last year. By 2024 there will be more than 1 million computer job openings, unfilled. National security is a problem I believe is clearly defined as a federal responsibility and it’s time to view this education problem in that light.

Congress could get behind putting cutting edge computers in every classroom, but will they?

You might think…hasn’t that already been done? No, it hasn’t. Only one out of four K-12 schools even teaches computer science. Senator John Boozman’s (R-Arkansas) home state has what they called the Computer Science Initiative that put computer science education as a top priority. It would be great if he would lead on this at the federal level. Rep. Tom Cole (R-Oklahoma) and Sen. Roy Blunt (R-Missouri) should look at this issue in the upcoming budget debates.

There really is no time to wait. As much as politicians love to give speeches about job creation, nationally security, and helping the kids you’d think this would be a top priority, but it’s not. Until it is a national priority we will continue to lose jobs overseas and become less safe here at home. It’s really that simple.

The politician who picks this up and runs with it will be a true American hero.