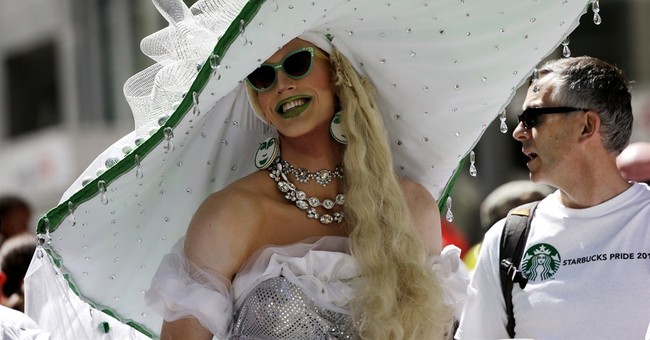 According to the United Nations World Health Organization, over 140 million females across the globe have experienced what’s known as “gender mutilation.”


The U.N. says this grotesque act is primarily practiced in Africa for religious or cultural reasons. It is usually ordered by the family itself—including in many cases by the mother. The U.N. says the practice results in diminishing the dignity and worth of women in that particular culture. The WHO estimates the practice begins with girls as young as 4-years old.


Do you agree with the U.N. that this is “genital mutilation?” Would you consider this an act of child abuse? Do you agree that it’s wrong for a family to alter their daughter’s most intimate aspects of her feminity?


If you answered yes to any of those questions, allow me to introduce you to a Maryland couple profiled recently by The Washington Post.


This family made national news last year when they announced they would allow their 5-year old daughter, Kathryn, to begin living as a boy after her “urgent and persistent insistence that she was a boy.” Apparently “a psychiatrist told them it would be healthy” to not parent their child, but allow the child to parent them instead.


If you’ve been a parent for more than five minutes, you understand that allowing the whims and desires of your children to determine your family’s moral standard is no standard at all. When I was 6 years old I was convinced – absolutely convinced – that I was the last son of Krypton and my two imaginary friends, Taco and Big Jim, were very real. I also thought paste and boogers tasted great. Last year my 6-year old son was convinced he was Bat Boy or Robin Kid, depending on the day.


As if this story isn’t already tragic enough, now Kathryn’s family is concerned about early signs of puberty in their daughter they’re allowing to live as a boy. So according to The Washington Post they will soon have to decide whether to start giving Kathryn “puberty blockers to stop breasts and curves from blossoming.”


According to Dictionary.com, one of the definitions for mutilation is to “deprive a person or animal of a limb or other essential (body) part.”


How come in the two stories The Washington Post has done on this family no one was quoted that thought it was a bad idea to let a 5-year old determine their own gender, or that it was a bad idea for a family to consider “puberty blockers” for a 6-year old? Is there not one respected medical official in all of these United States who thinks that’s a bad idea? Not a single one? Surely an enterprise as vast as The Washington Post could’ve found one in the interest of telling a balanced story.


The Washington Post itself admitted the idea of letting young children, and not their anatomy, determine what gender they are is “less than a decade old.” Might there be at least one good reason that in more than 5,000 years of recorded human civilization – regardless of race or religion – there has been no precedent for this until now?


Where are the feminist organizations decrying this family’s aiding and abetting the removal of their daughter’s femininity? Why isn’t this considered a “war on women?” If someone uses “puberty blockers” rather than physical utensils to mutilate their child, does it really make a difference what method they use if the end the result is the same—the child is deprived of essential anatomy? By law we would not allow 6-year old Kathryn to enter into a legally-binding contract, drive a car, or vote. So why should she be allowed to determine something far more vital like her own gender, and then impose that definition on her school, gymnastics club, and other associations?

If a family living in your neighborhood was mutilating one of their children (i.e. denying them an “essential” body part or limb, especially one unique to their particular gender), would you consider calling the police? If you strip away all the emotion and empty progressive-double speak, what would you call a parent who considers denying their child’s gender to the point of medically manipulating it?


We need to pray for this family, our media that promotes this damaging worldview without considering their might be alternatives, and most definitely for little Kathryn.
Don't Expect Baby Formula Shortage to End Anytime Soon
Sarah Arnold
Maybe the San Francisco School District Hasn't Learned Its Lesson After All When It Comes To Priorities
Rebecca Downs