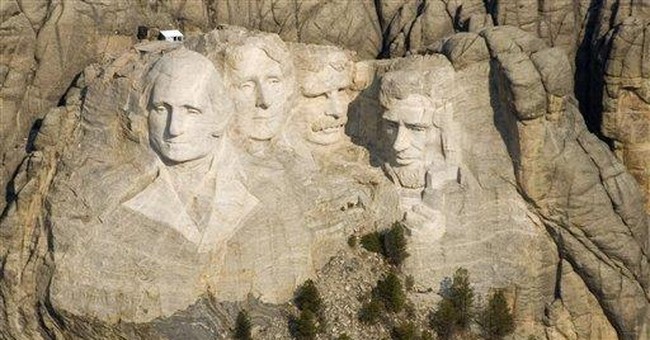 Last week’s column on getting the state out of marriage prompted some follow-up questions, which in this week’s piece I will attempt to answer.

Question—Did the Founding Fathers intend for the government to regulate marriage?

The answer is no, since marriage licenses weren’t issued by governments in this country until the mid-1800s. However, the Founding Fathers did intend for government to enforce marriage.

The founding vision of the country was largely based on a New Testament understanding of the role of government—which is that in a fallen, post-Eden world God allows human governments merely as a means to encourage good by punishing evil.

Whether you’re talking about the Catholic Christopher Columbus or the Protestant pilgrims, from the very genesis of these United States of America the founding generations of this country (to some extent or another) were heavily influenced by Biblical teaching. This explains the repeated references to “the laws of Nature and Nature’s God” in our founding documents, beginning with The Declaration of Independence. All of the 13 original colonies were charted by Christian denominations. All of the Ivy League schools were originally founded on Christian principles. And the first official textbook of the 13 colonies was the New England Primer, which used the Scriptures to teach academic skills as fundamental as the alphabet itself to all school aged children.

Because they understood the proper role of government as ordained by the Creator, the Founding Fathers left matters for the church to the church, and matters for the state to the state. Therefore, marriage was the exclusive jurisdiction of the church. But then to encourage good by punishing evil, all of the 13 colonies had laws criminalizing adultery, sodomy, and homosexuality—behaviors that threatened the purity and prosperity of an institution vital to sustaining the civilization. This was still true at the time the Constitution was ratified, and was still true well into the 19th century. So the church promoted good (marriage) while the state punished evil (immoral behavior).

These are facts most liberals and even some libertarians would prefer not to be true, so they have concocted a revisionist history of America to reconcile their differences with the founding of the country they live in. But extreme preference does not truth make.

QUESTION—Weren’t the Founding Fathers really anarchists that opposed all authoritarianism?

If that were true, then why did they appeal to the Creator (God) as where our rights truly come from? Why did they say that King George III was in violation of the Creator’s laws as the justification for revolution? Why did they include an oath of office on behalf of that same Creator? Why did they break for prayer during the forging of the nation to “appeal to the Father of Lights?” Why did they collectively and individually pray for the assistance of “divine providence” in many of their writings and public statements?

Yes, the Founding Fathers were suspicious of authoritarianism, but in human form. They didn’t trust monarchies or oligarchies, but still understood that we all must be accountable to something. So they chose to be accountable to Almighty God as free men and based their laws on what He revealed to be right and wrong at Mt. Sinai. Not trusting human nature, they neither instituted anarchy nor mob rule (democracy), but instead a representative republic with checks and balances and a separation of powers, to provide layers of accountable to fallen human nature.

Those that argue for freedom strictly on anti-authoritarian grounds are arguing on behalf of the French Revolution, not the American Revolution.

QUESTION—Can’t we just have marriage as a religious institution and then allow the state to regulate civil unions between any consenting adults?

Fearing this issue threatens to disintegrate both the conservative movement if not the country, lots of well-meaning folks are trying to conjure up a compromise to avoid a showdown here. Conflict avoidance is in our nature, especially when that conflict comes with a price we’d rather not pay.

However, we are not the ones driving this train. We didn’t make this issue a public policy matter, for it had been settled for thousands of years. The other side of the issue is driving the train, and driving the issue right down our throats. They say what happens in their bedroom is no one’s business, but then they want to change public policy, redefine a morality that sustained western civilization for a millennium, and alter our understanding of freedom, liberty, and the rights of conscience. Pardon me if I see an inconsistency there.

They’re not suing for the right to visit a loved one in a hospital, or be treated as a spouse by the estate when their domestic partner dies. They’re not asking for a compromise. They’re asking for a clarification.

In every government (whether it was nations or individual states) that started out recognizing civil unions, the next step was to redefine marriage, then redefine morality, and then ultimately personal/religious liberty.

Redefining marriage always threatens freedom of speech and religious liberty—always. This is incontrovertible as a recent Harvard Law study found. Those who claim otherwise either have their heads in the sand, or they are really okay with this and they just don’t want you to know it. Infiltration of the enemy’s camp is a featured tactic in Rules for Radicals after all.

Please note those fighting to redefine marriage aren’t also standing with Hobby Lobby or Notre Dame when their religious freedom is threatened. They’re not publicly saying the church and the Word of God are off-limits to this debate, but instead are saying and intending the exact opposite in their own words.

They are not after neutrality here. It’s all or nothing for them. They are actively seeking to undo 31 state Constitutions defining marriage by trying to generate a Roe v. Wade at the Supreme Court on the issue of marriage. I would think most libertarians who could care less about marriage but care about the rule of law and state sovereignty would be concerned about that if they’re intellectually consistent.

The ultimate goal here is the eradication of marriage and the Christian church’s influence in America. But don’t just take my word for it, they’re flat-out saying so if you’ll just bother to listen.