Steve Chapman
|
Posted: Apr 09, 2017 12:01 AM
Share   Tweet
The opinions expressed by columnists are their own and do not necessarily represent the views of Townhall.com. 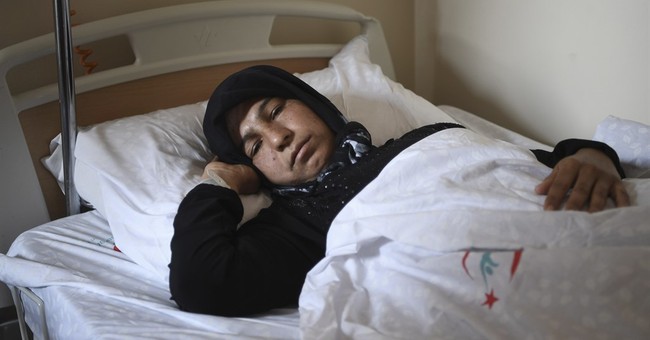 Trending
In the worldview Donald Trump brought to the White House, all problems are easy. Fix the economy by getting tough with China. End illegal immigration by building a wall. "Totally obliterate" the Islamic State.

Even after the humiliating failure of an effort in the House to repeal and replace Obamacare, Trump declared: "I know that we're all going to make a deal on health care. That's such an easy one."

Trump apparently thinks the same thing about one of the knottiest questions he has encountered -- Syria. After a chemical weapons attack blamed on President Bashar Assad, Trump didn't spend much time agonizing before using cruise missiles against a Syrian air base. It's a response that creates new dangers without solving old problems.

He obviously never read up on Dwight Eisenhower, who said: "No easy problems ever come to the president of the United States. If they are easy to solve, someone else has solved them."

Syria is one of those no one has solved, mainly because it is virtually impossible. The country has been a charnel house since 2011, when an armed uprising elicited savage responses from Assad -- bombing hospitals, torturing opponents and starving civilians.

In 2012, Barack Obama threatened U.S. retaliation if Assad used chemical weapons. When he used them anyway, Obama changed his mind, recognizing that major military measures had scant prospect of success but an excellent chance of catastrophe.

The options in Syria did not become more viable merely because Trump finally took note of what's happening. In fact, they have gotten worse. Russia now has ground and air forces in Syria, fighting on the side of the regime.

Hawks accused Obama of facilitating Assad's brutality by standing aside. But it was not until Trump arrived that this nerve gas attack occurred. Maybe Assad felt emboldened after the administration indicated his regime is "a political reality that we have to accept," as press secretary Sean Spicer said March 31. In that case, Trump is not compensating for Obama's mistakes so much as his own.

It's hard to have any confidence that this decision was made in a careful way, with a clear sense of purpose and a full understanding of the risks. The suddenness of Trump's shift indicates he gave no more thought to his new position than he did to his previous, opposite one.

The important questions are: What will the strike accomplish, and where will it lead? One taste of the lash isn't likely to shake Assad's grip on power or deter him from killing his own people on a large scale -- possibly even with chemical weapons.

National security adviser H.R. McMaster admitted Friday that the dictator "will maintain the certain capacity to commit mass murder with chemical weapons, we think, beyond this particular airfield." The administration is trying to thread a very small needle. "This was not a small strike," McMaster insisted, while noting that it was also "not of a scope or a scale that it (went) after all such related facilities."

The exquisite calibration suggests Trump and his advisers want to reassure both the American people ("I'm tough!") and the Russians ("Really, it's nothing"). It indicates he has no intention of bringing down Assad. Maybe someone told him that without Assad, the chaos and bloodshed in Syria would not abate but expand and intensify.

Apparently, Trump is averse to full-scale intervention, which would carry the risk of direct combat with Russians in the air or on the ground. But as the signs on ski slopes say, hazards exist that are not marked. Once the U.S. inserts itself into the fight against Assad, the chance of a misstep increases. With a little bad luck, we could find ourselves at war not only with the Syrian government but with a nuclear superpower.

Why take the risk? Even if conflict with Russia could be avoided, making any real difference in the war would require a large number of U.S. ground troops for a long time. And the outcome would probably be a costly failure, kind of like Iraq and Afghanistan.

As every president learns, matters of war and peace look much simpler before you get to the White House. Obama came to understand that if we went to war in Syria, our adversaries might lose, but we would not win. Trump will learn that, too, but he may have to learn the hard way.