How to Help Syrian Refugees

Steve Chapman
|
Posted: Feb 02, 2017 12:01 AM
Share   Tweet
The opinions expressed by columnists are their own and do not necessarily represent the views of Townhall.com. 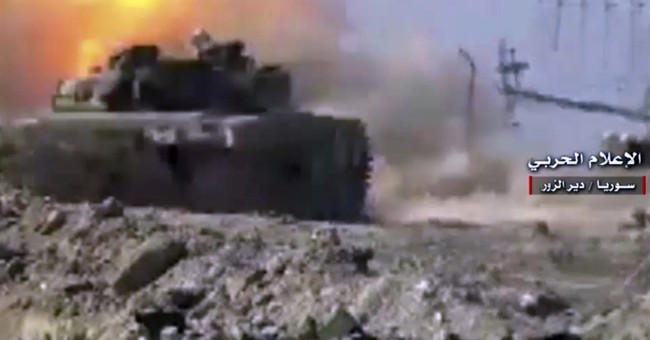 Trending
President Donald Trump's executive order on refugees was a combination of ineptitude, irrelevance, counterproductivity and malice, lamely rationalized as a matter of public safety. Like many of his actions, it raises the question: Is he doing this because he doesn't understand how badly it will work or because he doesn't care?

In symbolic and constitutional terms, this anti-Muslim measure is hugely important and regrettable. But in a practical sense, there is less than meets the eye. The attention to what Trump proposes to do to refugees who want to come here distracts from a bigger issue that affects more far more displaced people.

Some 4.9 million Syrians have fled their war-racked country. The vast majority have wound up in Turkey, Lebanon or Jordan. In 2015, the Obama administration admitted a grand total of 1,682, and last year, it took 12,587. Under Trump's executive order, until further notice, the number will be smaller: zero.

For the millions who would not have been allowed to come regardless, though, Trump's order is beside the point. They were suffering exiles before, and they are suffering exiles still. It's no wonder that many dream of making their way to America or Europe, even at grave personal peril.

But letting them in involves two costs that concern many Americans, particularly those who voted for Trump. One is the risk of bloodshed by violent extremists masquerading as refugees. That danger happens to be microscopically tiny.

Refugees typically face a wait of 18 to 24 months to come to the United States, and they have no say on whether they are sent here or somewhere else. Any applicant who raises the slightest doubt gets the heave-ho. Syrian terrorists intent on killing Americans would look for an easier, quicker way.

The other cost, however, is not so improbable. It's the expense of resettling these people, most of whom need considerable time and aid to adjust to their new lives. The Center for Immigration Studies, which favors reductions in immigration, estimates that each Middle Eastern refugee admitted to the U.S. costs taxpayers $64,370 over the first five years. Plenty of Americans resent having to bear that burden.

Opponents of Trump's executive order, however, think we have an obligation to help the innocent victims of President Bashar Assad's savage war. Some insist we have a special duty because of our refusal to use military power to stop the slaughter.

But even under the most optimistic scenario -- which has no chance of coming to pass under the current president -- we can take only a tiny fraction of these refugees. The rest have a better chance of squeezing through a straw.

There is a way to help them, though, that should appeal to both Trump's supporters and his critics: aid to the displaced in the countries where they are now living. The Office of the United Nations High Commissioner for Refugees says it needs $4.63 billion this year to meet the basic needs of these exiles -- including food, shelter, medical care and schooling.

That works out to $940 per refugee -- or just 7 percent of the annual cost of resettlement in this country. Many of the refugees would no doubt prefer to remain in the Middle East, where they wouldn't have to adapt to our culture and language, and this aid would make that easier.

But the UNHCR has failed to persuade donor nations to match their generosity to the scale of the emergency. Last year, it got $2.7 billion for Syrian refugees, just 59 percent of what it needed.

If the U.S. government is going to close the door to these lost souls, why not at least offer financial help to ease their plight? This option wouldn't carry the danger of terrorists reaching American soil, and it wouldn't require great public expense. Nor would it inflame anti-American furies as Trump's policy is likely to do. If anything, it would win friends.

It's not likely to happen, though, because nothing is less popular with the American public than "foreign aid." A 2013 poll by the Pew Research Center found that "for 18 of 19 programs tested, majorities want either to increase spending or maintain it at current levels. The only exception is assistance for needy people around the world."

In this case, prevention would be a prudent approach. We can try to spare ourselves the problem of the Syrian refugees. But we can't expect it to cooperate.