Steve Chapman
|
Posted: Dec 01, 2016 12:01 AM
Share   Tweet
The opinions expressed by columnists are their own and do not necessarily represent the views of Townhall.com. 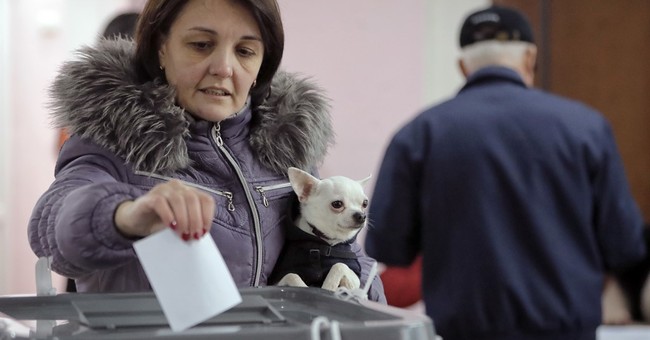 Trending
Ronald Reagan was president when Michael Madigan, a Democrat, became speaker of the Illinois House in 1983. Reagan served two terms and died in 2004, and his name adorns schools, roads, parks and an airport. A generation has passed since he left the White House.

And Madigan? He is still speaker, and has been for all but two years since he started. He appears to be as permanent a feature of the Illinois landscape as the Mississippi River.

Illinois is a blue state, voting Democratic in the past seven presidential elections. But the Democratic Party's control of the state House is not the simple result of its ability to satisfy the citizenry. Democrats have also had the help of district lines drawn to help them at the expense of Republicans.

That's why Illinois Republicans may side with Wisconsin Democrats on one issue: partisan gerrymandering. In November, a federal district court struck down Wisconsin's legislative map on the ground that it unfairly favors Republicans, who dominate the Legislature. It had been more than three decades since a federal court invalidated a reapportionment plan for partisan bias.

In that case, the justices upheld an Indiana redistricting plan but affirmed that a gerrymander could be so biased toward one party as to violate the Constitution. The district court said the Wisconsin plan fits the bill.

Republicans captured the Wisconsin Legislature in 2010, just in time for the decennial reapportionment. They made the most of the opportunity. In 2012, GOP candidates got 48.6 percent of the statewide vote -- but 60 of the 99 seats in the lower house, the Assembly. In 2014, they got 52 percent of the vote and 63 seats.

A scholar they had asked to analyze the plan before its adoption said Democrats would need at least 54 percent of the statewide ballots to regain control of the Assembly. It was a recipe for Republican control in good times and bad.

In 1986, the Supreme Court noted that when legislators are entrusted with redistricting, the results are bound to have a partisan tilt. But it concluded there is a limit to what is permissible. "Unconstitutional discrimination occurs," it said, "when the electoral system is arranged in a manner that will consistently degrade a voter's or a group of voters' influence on the political process as a whole."

Wisconsin Republicans insist they have a natural advantage: Democrats are concentrated in cities, limiting the number of districts in which they enjoy majority strength, while Republicans are more scattered.

The Supreme Court (which will get this case on direct appeal) has hesitated to intervene in such matters because of a knotty question: how to separate the acceptable and unacceptable types of partisan gerrymandering. The Democrats in Wisconsin offered a formula, devised by Nicholas Stephanopoulos, a University of Chicago law professor, and Eric McGhee, a research fellow at the Public Policy Institute of California, that permits simple assessments.

What they refer to as the "efficiency gap" is enough to lock in GOP control in Madison for a full decade under almost any realistic conditions. The court found that the reapportionment violates the First and 14th amendments by intentionally hobbling Democratic voters. Every affected citizen, it said, is "an unequal participant in the decisions of the body politic."

Illinois Republicans know how that works. For the moment, partisan gerrymandering favors the GOP because it holds power in more states. But Republicans have been its victims just as often as Democrats -- and, if the Supreme Court doesn't curb the practice, will be again.

In the end, partisan gerrymandering is not really aimed at frustrating the party that is out of power. It's aimed at foiling voters who might want to remove politicians from office. As Michael Madigan can attest, it really works.