Steve Chapman
|
Posted: Aug 25, 2016 12:01 AM
Share   Tweet
The opinions expressed by columnists are their own and do not necessarily represent the views of Townhall.com. 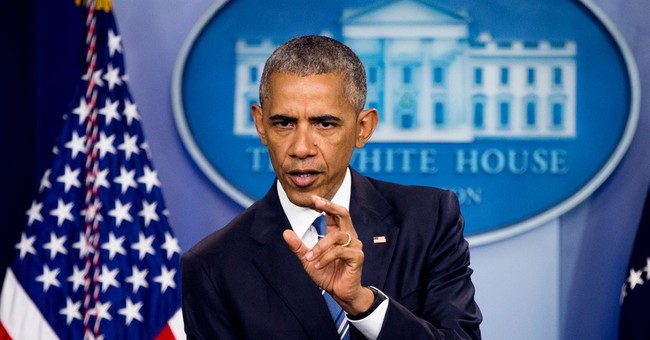 Trending
Anxiety must be strangely addictive, because Americans can't seem to get enough of it. We enjoy a measure of national security and personal safety that is the envy of people around the world -- from Ukraine to Syria to Nigeria. But many of us manage to feel perpetually endangered, in good times and bad.

One of these people, surprisingly, is Martin Dempsey, a retired four-star Army general who stepped down last year as chairman of the Joint Chiefs of Staff. In an interview in the September/October issue of Foreign Affairs magazine, he solemnly said of the present moment, "It's the most dangerous period of my lifetime."

Clearly, Dempsey went to a school where students weren't drilled in hiding under desks in case nuclear war ever broke out. Apparently, he forgets the Soviet shoot-down of a Korean airliner in 1983. And would anyone trade today for Sept. 12, 2001?

Dempsey was born in 1952, when the United States was fighting a war against North Korea and its ally, China. He lived through the Cuban missile crisis, the Vietnam War and the 1973 Arab-Israeli War, when Israel seriously considered using nuclear weapons.

Americans have come through more perilous straits than any visible now. But our past seems to have conditioned him and many of his fellow citizens to detect grave danger where it doesn't exist.

Maybe an extreme sensitivity to the slightest hazard is a useful quality in a general. But Dempsey's predilection leads him astray and feeds a widespread public perception that is at odds with reality.

He has plenty of company. Republican presidential candidates Ted Cruz, Lindsey Graham and Ben Carson flagged the Islamic State as an "existential threat" to the United States. Donald Trump has likened the menace of "radical Islamic terrorism" to the danger posed in the 20th century by Nazism and communism.

A lot of people regard this dire vision as accurate. A May CNN/ORC poll found that 73 percent of Americans see the Islamic State as a "very serious threat."

But the Islamic State, losing ground and taking lots of casualties, can no longer do much more than inspire the occasional lunatic to murder some innocents. It's a minor nuisance compared with the Soviet Union, whose nuclear arsenal could have vaporized millions of Americans in a matter of hours.

Terrorism is less common today than in Dempsey's youth. In one 18-month period spanning 1971 and 1972, the FBI counted upward of 2,500 bombings, carried out by radical groups on both the left and the right. In the 1960s and early '70s, more than 150 airliners were hijacked in this country.

The fears felt in those days are now forgotten, while the current ones are inflated. Al-Qaida is a shadow of its former self. The 9/11 attacks, instead of being a prelude to many more, were a one-off that Osama bin Laden could never come close to replicating.

Dempsey can't offer serious evidence to justify his warning. "We have multiple challenges competing for finite resources -- and grotesque uncertainty with regard to the military budget," he lamented.

But we have always had more than one problem, and our resources have never been limitless. Though the military budget has fallen a bit in real terms, that shrinkage comes after a 50 percent increase in the decade after 9/11 -- and outlays have been higher under Barack Obama than under George W. Bush.

There is some uncertainty because of the caps imposed by the 2011 budget deal between Obama and Congress. But there is no doubt that the United States will continue to spend far more on the military than any other nation on earth -- and twice as much as Russia and China combined.

The general also expresses alarm about the Russians and Chinese, who he says are "challenging our interests in Europe and in the Pacific." Pursuing goals that diverge from ours in their own backyards, however, doesn't make them an urgent menace.

As for the threat posed by terrorism, it's real but far smaller than generally perceived. "In the years since 9/11," write John Mueller and Mark Stewart on the Foreign Affairs website, "Islamist terrorists have managed to kill about seven people a year within the United States." Collisions with deer, by contrast, kill 150 people a year.

Even the most secure nation needs to pay attention to tangible dangers, including small ones. But it shouldn't let itself be spooked by shadows.