Prince, Curt Schilling and the Acceleration of History

Steve Chapman
|
Posted: Apr 24, 2016 12:01 AM
Share   Tweet
The opinions expressed by columnists are their own and do not necessarily represent the views of Townhall.com. 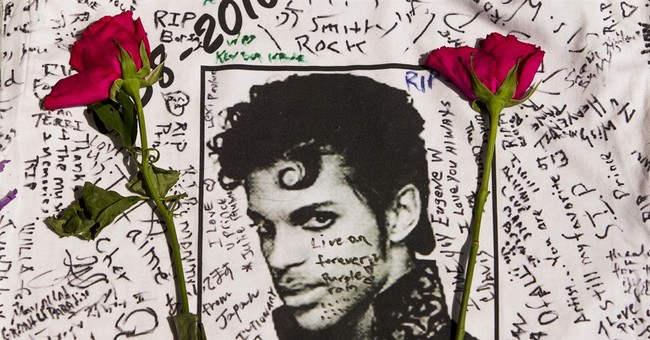 History is a slow and usually undetectable process, with change happening in microscopic increments. But sometimes, you can see and feel the world changing, and we've just experienced one of those moments.

In recent days, there was the sudden death of Prince, a musician whose "gender fluidity and sexual ambiguity granted a kind of permission for future musicians, queer and otherwise, to explore new means of expression of the self and sexuality," said Slate. The Treasury Department announced it will put Harriet Tubman on the front of the $20 bill and move Andrew Jackson to the back.

Curt Schilling got fired by ESPN for jeering at the idea of letting transgender people use the restroom compatible with their gender identity. Southwest Airlines drew unwanted attention when it removed a passenger who was heard speaking Arabic.

A federal court ruled in favor of a transgender boy who sued to use the boys' restrooms at his Virginia high school. A Chicago Blackhawks player was suspended for one playoff game for yelling a homophobic slur from the penalty box.

The implications of such events were not lost on some people, notably Donald Trump. He denounced Jackson's treatment as "pure political correctness" and suggested putting Tubman on the $2 bill.

Keep the white male slaveholder on a widely used currency note and consign the black female escaped slave to a bill that is rarely seen? Anyone who wondered whether Trump intentionally exploits white racial resentments need wonder no more.

Ted Cruz was soon flinging the charge of political correctness at none other than Trump -- for indicating he would let transgender people relieve themselves wherever they feel comfortable. Cruz also condemned ESPN's dismissal of Schilling.

"Grown adult men -- strangers -- should not be alone in a bathroom with little girls," said Cruz. "That's basic common sense."

But is it basic common sense to force someone born with a vagina who has undergone sex reassignment surgery and hormone treatments and now has the body, as well as the personal identity, of a male to use the women's restroom?

It's hard to see how this approach would be workable as long as transgender people actually exist. Someone who lives, dresses and identifies as male is likely to cause far more distress in the women's stalls than in the men's.

What is apparent from the Cruz-Schilling objections is that they want transgender people to stay home, conceal their true nature or just disappear -- just as long as "normal" people don't have to accommodate them.

The senator and his followers exhibit a similar attitude toward gays. Cruz appeals to homophobes much as Trump appeals to racists -- in strident language that is only lightly coded. But he panders to a dwindling audience. A 2015 Gallup Poll found that 60 percent of Americans support same-sex marriage.

Blackhawk Andrew Shaw got a sense of how much attitudes have changed. The pejorative term he shouted has been used by players thousands of times on hockey rinks, football fields and baseball diamonds -- and it may never have crossed his mind that it has attained the same status as the N-word.

He knows now. Shaw went before the cameras to make a humble apology. "I'll never use that word again," he said. Jonathan Toews, the team captain, said it was a "teachable moment," and the lesson went beyond sports.

When Khairuldeen Makhzoomi got pulled off his flight, a Southwest employee demanded, "Why would you speak in Arabic on the airplane?" The cops and the FBI were called. Like transgender people and African-Americans, Makhzoomi is apparently expected to do whatever it takes to avoid causing any concern to other people.

Having to alter one's behavior for the benefit of minorities who at one time could be safely demeaned and abused can be annoying. That's why the sentiments of Trump, Cruz and Schilling will always find some receptive ears. But they are increasingly at odds with what have come to be standards of civilized behavior.

Prince helped shape those standards. When he came along in the late 1970s, flamboyantly blurring racial and sexual lines, he raised hackles among those of a more conventional bent. (I know. I was one of them.) But his talent and dedication to his art made him impossible to ignore.

Unwilling to squeeze himself into the usual categories, Prince was one of those people who insist that the world make room for them. And guess what? It did, and it will.