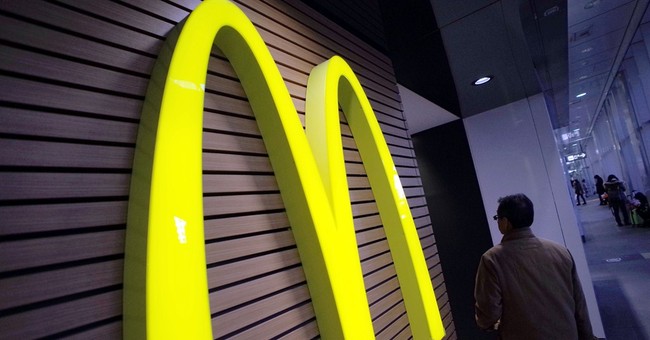 Trending
The old joke about making love to a gorilla is that you don't stop when you're tired; you stop when the gorilla is tired. In modern American agriculture, one of the gorillas is McDonald's, the biggest restaurant chain on Earth. The other day it announced a change for its U.S. outlets that will force suppliers to adapt.

Over the next two years it will stop buying chickens raised with antibiotics that are "important to human medicine." This is a response to complaints from medical groups, scientists and government agencies, who say farmers are eroding the effectiveness of these drugs by overusing them. Adding them to feed as routine growth stimulants speeds the emergence of bacteria they can't kill.

Decisions like the one by McDonald's may help, but much damage is already done. In 2007, a healthy 12-year-old California boy named Carlos Don went off to summer camp and got pneumonia. He was given antibiotics, but his condition got so bad he was put on a ventilator. Eventually he was diagnosed with a strain of staph that is resistant to antibiotics. After two weeks in intensive care, he died.

These stories will only get more common. Already the federal Centers for Disease Control and Prevention estimates that 2 million Americans contract antibiotic-resistant illnesses each year -- and 23,000 die, despite the best efforts of 21st-century physicians deploying space-age technology.

These patients find themselves flung back into the world of our ancestors, before the discovery of penicillin, when infections were often deadly and medicine had few reliable means of treating them. Exceptionally virulent strains also pose a dire hazard to patients who need organ transplants or other surgery.

Most of the proposed remedies for this problem involve curbing the unnecessary application of these drugs. The federal Food and Drug Administration has a campaign to persuade agribusiness companies to stop using them to enhance growth and reduce feed costs. Sen. Dianne Feinstein, D-Calif., has proposed phasing out all use of antibiotics in animals for non-therapeutic purposes.

What is overlooked is that the looming shortage of effective antibiotics, like every shortage, has not only a demand component, but a supply component. Curbing their use, though helpful, only postpones the day when existing antibiotics lose their potency.

Every antibiotic, given the ability of bacteria to evolve rapidly to survive, is bound to become ineffective sooner or later. The trick is to ensure a steady stream of new drugs that the resistant microbes have never encountered before. We need medical science to advance more rapidly than the bacteria do.

But lately, it hasn't. Henry I. Miller, a physician and molecular biologist at Stanford's Hoover Institution, says one culprit is obvious. In 2002, the FDA established new rules for the clinical trials used to test new antibiotics -- doubling the number of patients required, thus making drug development harder and more expensive.

Since then, he says, many of the big pharmaceutical companies have given up research and development on antibiotics. Clinical trials have grown rare. "New antibiotic development has slowed to a standstill," says the Infectious Diseases Society of America.

Research on antibiotics is especially vulnerable to overregulation because they are so much less profitable than many other medicines. Unlike new drugs that patients take permanently for chronic ailments, which produce mighty rivers of revenue, antibiotics usually don't sell at a high price and aren't needed for long.

Pfizer's most lucrative antibiotic has sales of $2 billion a year, according to Emory University economist Paul H. Rubin, writing in Regulation magazine. Its Lipitor, which is prescribed to lower blood cholesterol, pulled in $9 billion a year before its patent expired. Rubin notes that steps to reduce the use of antibiotics have the perverse effect of making them even less lucrative.

Even the FDA has had to acknowledge its role as an impediment. Last year, Janet Woodcock, director of its Center for Drug Evaluation and Research, told Congress that "streamlined development pathways will likely be needed to improve the climate" and that the agency "is working hard to streamline requirements for clinical trials for studying new antibacterial drugs." She has also endorsed legislation to allow smaller clinical trials for potent antibiotics.

Bacteria can evolve. So can McDonald's. Maybe federal policymakers can as well, before it's too late.