Obama and the Virtues of Inaction 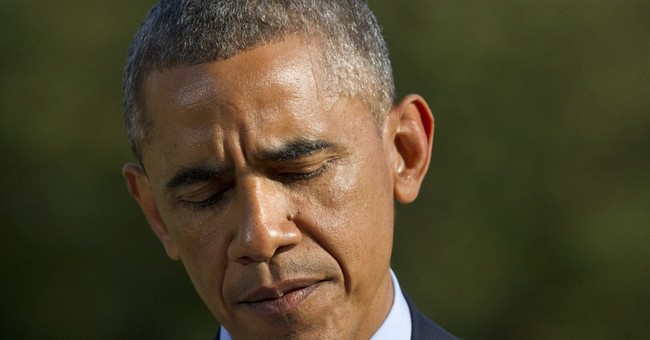 Trending
In responding to the Ebola crisis, President Barack Obama is being his usual self: passive, detached, unable or unwilling to lead. So say his critics, who accuse him of being an idle observer of his own presidency.
Idleness in the Oval Office is not necessarily a vice. What Obama displays in this episode are not his worst qualities but his best ones. In refusing to succumb to the demands for showy action, he is dampening emotions that others exploit for political convenience. He is insisting on rational responses to a danger that preys on primal fears.
In many ways, that's a sound approach. But it can be a handicap in a media environment biased toward big, visible choices, even if they are largely symbolic or self-defeating. Longtime adviser David Axelrod told Bloomberg BusinessWeek, "There's no doubt that there's a theatrical nature to the presidency that he resists."
The safety of modern American life makes many people yearn for excitement and danger. With crime falling sharply, life expectancy rising, the specter of all-out nuclear war relegated to history and homeland terrorism nearly nonexistent, things can feel so placid as to be boring. So some of us look for ways to liven up our existence.
Some hold it against Obama that he does so little to keep us entertained. The president has always been notable for his even temper and immunity to hysteria. During the 2008 campaign, his staffers wore T-shirts that said, "No Drama Obama." They were advertising what they regarded as a virtue.
CARTOONS | Tom Stiglich
View Cartoon
But calm deliberation can be depicted as indecisiveness or passivity. Similar charges were leveled at Abraham Lincoln, who wrote, "I claim not to have controlled events, but confess plainly that events have controlled me."
Obama's style was once welcome, if only because the previous two presidents had provided a surplus of turmoil. Bill Clinton often subjected aides to towering rages. He agonized over going to war in Yugoslavia, allowing gays in the military and signing a welfare reform bill. His appetite for extramarital mischief led to an affair that made him the second president to be impeached.
George W. Bush offered a respite from conflict and scandal. He promised to end "the Washington war-room mentality -- the hostile stance, the harsh charges, the lashing out at enemies."
But even before he took office, Bush was awash in bile, having gotten fewer votes than Al Gore and owing his victory to a controversial Supreme Court decision. Even those were just a small taste of what was to come: two wars, mass surveillance, torture, financial panic and the Great Recession. His presidency had more drama than a Taylor Swift medley.
Obama has labored to extricate us from the catastrophes of the Bush years while avoiding new ones. Most notably, he has exercised an overdue caution in the use of military power -- completing the withdrawal from Iraq, setting a date to get combat forces out of Afghanistan, declining to arm Ukraine against Russia and taking only a small role in the Libyan civil war.
He's had missteps, like making a threat to bomb Syria that he wasn't prepared to carry out. Obama approved air strikes on the Islamic State at the risk of being sucked into a quagmire. He preserved Bush's surveillance.
He's shirked the unpleasant chore of wooing members of Congress. He's fumbled important managerial tasks like rolling out Obamacare and monitoring the IRS.
But infallibility belongs to popes, not presidents. Obama resembles none of his predecessors more than Dwight Eisenhower. Ike was pilloried by liberals for feeble action against segregation and McCarthyism. He antagonized conservatives by failing to help Hungarians when the Soviets invaded and offering a domestic agenda that Barry Goldwater called "a dime store New Deal."
"In contrast to FDR and Truman," wrote biographer Stephen Ambrose, "Eisenhower seemed to be no leader at all, but only a chairman of the board or even a figurehead ... in a time that demanded dramatic exercise of executive power." Today, though, many Americans remember that as a golden age -- largely because of what Eisenhower didn't do.
When David Remnick published his book "The Bridge: The Life and Rise of Barack Obama," I picked it up in hopes of understanding what makes him tick. But after a few chapters, I no longer cared. At a fundamental level, I realized, Obama is dull enough to put a meth addict into a coma.