'Socialism' Is Not the Problem 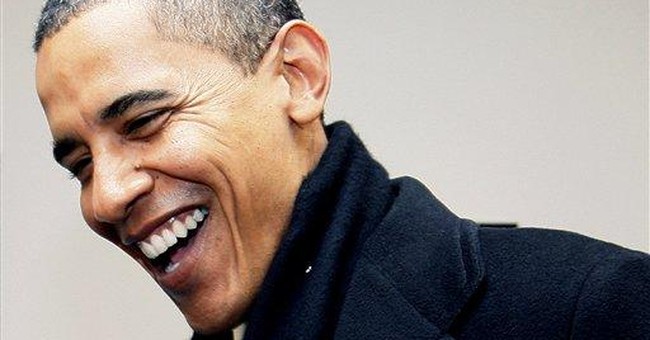 Something about Barack Obama has a way of driving some conservatives completely batty. John McCain detected something "a lot like socialism" in his tax plan. Veteran conservative media critic L. Brent Bozell has no doubt the new president will "deliver socialism." But the prize goes to Rep. Paul Broun, R-Ga., who says "we've elected a Marxist" who may create an American Gestapo.

In the radioactive atmosphere of modern partisan politics, no one puts much value on verbal precision. So it's safe to say that over the next four years, the 44th president will come to think his name is Socialist Obama, as critics on the right abandon analysis in favor of invective.

That is a mistake -- as McCain's losing campaign confirms. Accusing Obama of socialism is unwise for three reasons: 1) It's not true, and 2) it makes the accuser sound like an idiot, and 3) it distracts from Obama's true inclinations, which are worrisome enough.

These days, no one believes in socialism -- defined by the late, left-wing economist Robert Heilbroner as "a centrally planned economy in which the government controls all means of production." A socialist wouldn't favor government aid to the automakers or the banks. He'd propose that the government take them over and run them for the benefit of society. But you haven't heard Obama or anyone else suggest that.

The president-elect is not unaware of the superiority of capitalism. His book "The Audacity of Hope" contains a testimonial that could have been plagiarized from Ayn Rand: "Our Constitution places the ownership of private property at the very heart of our system of liberty. The result of this business culture has been a prosperity that's unmatched in human history. Our greatest asset has been our system of social organization, a system that for generations has encouraged constant innovation, individual initiative and the efficient allocation of resources."

Of course Obama believes the government should do more to help the poor and vulnerable. If redistributing wealth makes you a socialist, though, you have to apply that label to the legendary libertarian economist Milton Friedman, who proposed a "negative income tax" to assure everyone basic sustenance.

But just because Obama is not nearly as bad as his detractors claim doesn't mean we have no worries. His biggest shortcoming is a common one in his party: the assumption that every problem can be solved by government intervention, and that if a little intervention is good, more is better.

His plan on climate change shows the problem. He has a sensible idea -- putting caps on greenhouse gas emissions and letting companies buy and sell the right to pollute. That would discourage harmful activity while leaving market forces to find the most efficient means to that end.

Alas, Obama isn't content to leave it there. He unpacks an array of bright ideas to reduce carbon emissions -- demanding higher fuel economy from automakers, showering money on clean coal technology, giving consumers tax credits for plug-in hybrids, and on and on.

This belt-and-suspenders approach reflects a familiar liberal vice: the insatiable urge to meddle. It's like the team owner offering the coach a generous new contract if he wins the championship -- and then dictating the starting lineup and the play selection for the entire season. It presumes that the government knows in advance the right mix of changes to achieve cleaner energy use at the lowest cost, which neither it nor Stephen Hawking nor anyone else does.

Obama also seems to regard the nation's productive sector as a laboratory for well-intentioned policymakers. In his "60 Minutes" interview, he praised Franklin Roosevelt for his "willingness to try things. And experiment in order to get people working again." What he overlooks is that experimentation creates uncertainty, and uncertainty discourages businesses from doing what they are supposed to do.

During the 1930s, as economist Robert Higgs showed in a 1997 essay, the effect of all the experimentation was the opposite of what Obama assumes. The endless fear of what FDR might do caused net business investment to fall, year after year, prolonging the very catastrophe he was trying to end.

Obama exhibits blithe confidence in the government's power to take economic problems and make them better. He will fare better if he keeps in mind its unbounded capacity to make things worse. For that you don't need socialism.