The Latest Judicial Rebuke Comes From an Obama Appointee 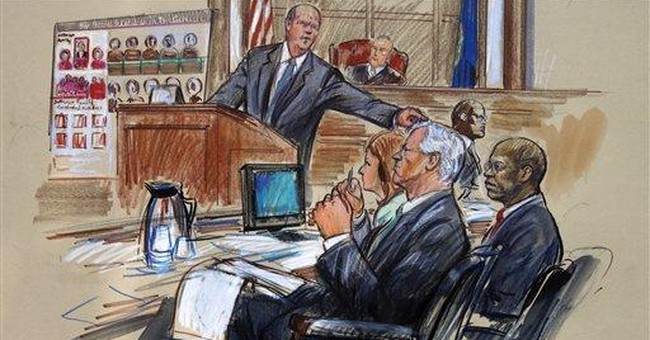 The Obama Administration has not had much support from the judicial branch recently.

With the United States Supreme Court seemingly prepared to strike out some or all of health care reform, the president and his allies lashed out. President Obama seemed especially concerned “that an unelected group of people would somehow overturn a duly constituted and passed law.”

Since Marbury v. Madison, that has been the high court’s prerogative.

While the president’s supporters attack conservative and moderate judges on the Supreme Court, a United States District Court judge, Amy Berman Jackson, has also accused the administration of overreach.

Judge Jackson, however, is not an appointee of either President Bush. She ascended to the bench in 2011.

Arch Coal wanted to expand its Spruce #1 mine in Logan County, West Virginia. It estimated that the $250 million investment would create around 250 jobs. In 2007, they consulted with the U. S. Army Corps of Engineers, the Environmental Protection Agency, and others to reduce the impact. The EPA then awarded a permit.

With little warning, after the inauguration of Obama, the EPA revoked the permit. It cited that the operation violated the Clean Water Act. Arch Coal took the case to court.

At the time, U. S. Senator Joe Manchin (D) blasted the administration in a press conference, stating that "To bring this self-inflicted pain on top of all of that after it's gone through the process, is just more than I think any agency should have that power to do."

In her opinion, she said that the EPA’s interpretation of the Clean Water Act is “illogical and impractical.” Jackson accused the agency of “magical thinking” in its efforts to explain the highly unusual step of revoking its own permit.

U. S. Representative Nick Joe Rahall (D WV-3rd) concurred with Jackson, saying “the EPA has twisted the law, circumvented the Congress, and trampled on the right of the people to know what their government is doing. In America, no agency can hide its actions under some veil of secrecy, but the EPA sure has tried.”

This represents one of many recent cases in which the federal courts have slapped down administration attempts to extend its authority. The U.S. Supreme Court ruled that the EPA could not collect fines against an Idaho family prior to judicial review of their case. No matter how the court rules on health care reform, individual justices’ questions have exposed concerns about how federal power.

What has to concern the administration is that this hand slap emanated from one of the current president’s appointees.