The Most Dangerous Virus Today Is Runaway Government Spending

Stephen Moore
|
Posted: Jan 25, 2022 12:01 AM
Share   Tweet
The opinions expressed by columnists are their own and do not necessarily represent the views of Townhall.com. 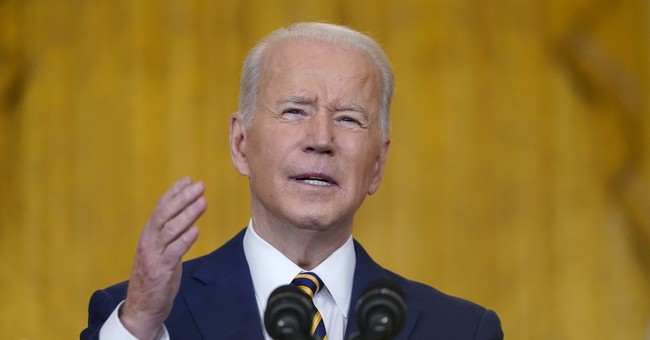 When I came to Washington, D.C., in 1985, Ronald Reagan was president. I was working for the Reagan budget office. We did something we weren't very proud of at the time. We introduced the first $1 trillion budget in American history, which was unthinkable. One trillion dollars. There are 12 zeroes in a trillion. A trillion is a million dollars times a million. The budget deficit hit $200 billion and 6% of our entire GDP. Again, unthinkable.

Now, fast forward 37 years later. The budget today is nowhere close to $1 trillion. In 2021, President Joe Biden's first year in office, the federal spending came in at just under $7 trillion ($6.81 trillion, to be exact). So, in less than four decades, the budget has grown sevenfold. Much faster than inflation. Much faster than the economy. The government is now gobbling up the economy, spending up to 30% of our national output. Add state and local spending, and we are close to 40%.

We have spent hundreds of billions of dollars on unemployment insurance programs with no quality controls, so more than $100 billion was doled out to fraudulent claims. Billions of dollars went to criminals living in Nigeria, South Africa and Mexico. That's some stimulus to the economy. The Wall Street Journal found that we spent tens of billions of dollars on the New York subway system even though ridership is down by two-thirds. We could practically be giving every rider a free limousine service, which would be cheaper for taxpayers. According to the Wall Street Journal, more money has gone to the New York subway system than all of the federal money for COVID-19 treatments.

We spent so much money on welfare programs that many families with two unemployed parents collecting all the government payouts could get $100,000 or more from taxpayers and not work a single hour.

We continue to provide billions of dollars a year to subsidize wind and solar power, which accounts for about 7% of our total energy production.

Much of the $100 billion for schools remains unaccounted for. No one seems to know where the money went, and nobody seems to care or wants to do anything about it.

Could things with the virus be any worse if the government had spent nothing and there had been no shutdowns? This might be the most epic failure of big government in world history.

Yet Biden is saying with a straight face that the problem with the economy and inflation and runaway energy prices is that we didn't spend $5 trillion (SET ITAL) more (END ITAL) for his Build Back Better monstrosity. So, we have a House Budget Committee chairman, when asked about the wisdom of running $2 trillion deficits each year, saying: "We can spend and borrow whatever we want." No worries. They're spending money like it's M&Ms.

Even the New York Times admitted that Biden's spending schemes offer Americans "cradle to grave government." Is that what Americans want? Are we like Linus, the "Peanuts" cartoon character who carries his blanket like a security vest everywhere he goes?

Biden's solution to the budget and borrowing blowout is to tax, tax, tax. But in 2021, Americans paid $4 trillion in federal taxes. That was 18% of our GDP, which is above the recent historical average. There is not a revenue problem today in Washington but a pandemic of spending. In my new book, "Govzilla," I document the relentless historical growth of government in America. We were supposed to have limited government but now we have limitless government. In just his first year, the spending proposed under Biden exceeds what was spent on all the wars we have fought, the building of the intercontinental railroad, the interstate highway system and the moon landing.

The spending monster Govzilla is devouring our economy and our freedoms. At least Reagan tried to fight back against the tyranny of big government -- sometimes successfully, sometimes not. His warning when he ran for president in 1980 was as prescient now as it was then: "A government big enough to give you everything you want is big enough to take everything you have."

Meanwhile, Biden says that his trillions of dollars in spending "are free -- they will cost nothing." Actually, the costs are incalculable.