Stephen Moore
|
Posted: Jan 04, 2022 12:01 AM
Share   Tweet
The opinions expressed by columnists are their own and do not necessarily represent the views of Townhall.com. 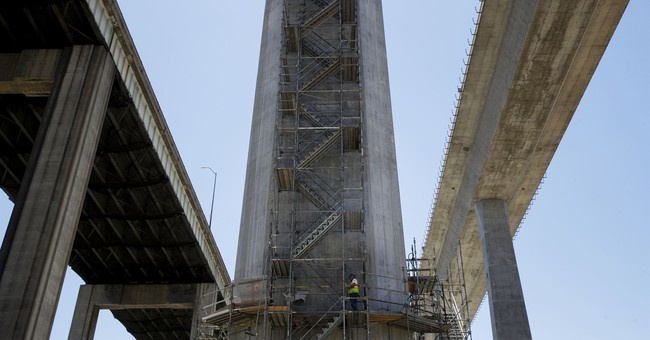 Why don't the union bosses in America represent their union members anymore? Could it be because the union leadership has become more beholden to the Democratic politicians in Washington than the rank-and-file workers who pay the dues?

We saw an example of this betrayal of the workers not long ago when the United Association of Union Plumbers and Pipefitters brass endorsed Joe Biden for president -- even though Biden openly opposed all fossil fuels and wanted to end the building of pipelines.

Talk about selling the rope to the hangman. The union bosses acted surprised that Biden's first act as president was to kill several thousand union jobs by killing the Keystone XL pipeline. And in recent months, the Biden officials have been on a crusade to shutdown Midwest pipelines that carry natural gas to the midwestern states.

More recently, we witnessed one of the dumbest union leadership campaigns in American history. The United Mine Workers Association endorsed the Build Back Better bill, which is stuffed with $550 billion of subsidies for green energy projects and energy mandates explicitly designed to kill America's coal production. Wipe coal and coal miners right out of existence.

Then, UMWA President Cecil Roberts wrote an extraordinary letter to Sen. Joe Manchin (D-West Virginia), admonishing him for opposing the bill. "We are disappointed that the bill will not pass," Roberts said. "We urge Senator Manchin to revisit his opposition to this legislation and work with his colleagues to pass something that will help keep coal miners working." Manchin was standing up for the coal miners in his state. Why wouldn't the union do the same?

I've been to Charleston, West Virginia, and talked to many of the coal miners. They hate the Biden bill and know that their jobs are in jeopardy. They remember that Hillary Clinton came to West Virginia in 2016 and told the coal miners that under her plan, these workers could build wind panels instead. They laughed at her arrogance and fantasy.

The UMWA wants more funding for victims of black lung and other benefits for laid-off coal miners. That's fine. But if Build Back Better passes, there won't be any miners left working in states like West Virginia, and the UMWA will be defunct.

What's next, the Steelworkers union coming out against steel production?

Even the United Auto Workers union is putting at risk tens of thousands of union jobs by backing Biden's risky plan to divert production of gasoline-powered cars toward electric vehicles. More than 90% of the car sales in the U.S. are still traditional cars. If they are not made in the U.S., they will be made in Japan, Korea and Germany. How does that create union jobs?

The union bosses haven't caught on to the reality that the green movement they are partnering up with is essentially supporting an agenda that will deindustrialize America. There is no way that we can have a $22 trillion economy that makes everything from steel to cars to pipelines to buildings and airplanes and technology and corn and cotton without affordable energy. My question for the union bosses is: How do we create jobs in America if our energy comes from wind turbines and solar panels ... made in China?

Stephen Moore is a senior fellow at Freedom Works. He is also author of the new book: "Govzilla: How The Relentless Growth of Government Is Devouring Our Economy."