Taxpayers Are Getting Ripped Off and Congress Does Nothing

Stephen Moore  |  Aug 17, 2021
The opinions expressed by columnists are their own and do not necessarily represent the views of Townhall.com.
Top Columns
Trending on Townhall Media

We are seeing that in spades with the unemployment insurance program that has been looted by fraud for nearly 18 months and has become a poster child of everything gone wrong in government (already) under President Joe Biden.

The Department of Labor's Office of Inspector General estimated up to $87 billion in fraudulent payments in the program. $87 billion! And Washington yawns. Just a cost of doing business.

Government auditors have uncovered billions of dollars stolen from taxpayers and deposited in the bank accounts of fraudsters living in Nigeria, West Africa, Mexico and the like. Call it a weird form of foreign aid.

Billions more have been shelled out to people who can work, should work and have employers who want them back, but aren't going back to work.

Under the old unemployment program, you had to at least certify that you are making a good faith effort to find a job. In the era of Biden and former President Donald Trump (thanks to House Speaker Nancy Pelosi's amendments to the stimulus bill), workers don't need to even pretend they are looking for a job. In many blue states, that loophole still exists, even though there are 10 million job openings. This may explain why New York, New Jersey, Illinois and California have such sky-high unemployment rates.

Then there is the ingenious new program for self-employed workers that allows them to "self-certify" that they are out of work and eligible. Tens of thousands of these folks collect benefits while they still make money in their business. As the inspector general report explained, that program helped criminals raid the system. You think?

It gets worse. Now Congress is set to give the Labor Department and states at least $240 million for "fraud prevention." Huh? The program's bank vaults have been plundered for over a year, and just now we are going to spend money on fraud protection?

The shysters in Congress are even counting the budget savings expected from investigating the fraud that has already happened, as a budget "pay-for" to offset the cost of their $1.2 trillion green energy infrastructure bill. If a CEO of a private company tried to balance its books with these accounting schemes, they'd throw them in jail and lose the key.

All of the successful welfare reforms that were passed in the 1990s under former Democratic President Bill Clinton have been eviscerated. No more work requirements. No time limits. No cap on how much families can receive in total food stamps, health care, unemployment insurance, rental assistance and child payments; some milk the system for up to $100,000 a year without working a single hour.

The people who are the suckers here are the folks who are working 40 hours a week and paying taxes to subsidize criminals -- most of whom will never be caught or prosecuted.

Congress and the White House should be ashamed of this wreck of a program with a fraud rate of close to 10%. For private credit card, insurance or lending companies, fraud rates are 1-2%. A 10% fraud rate would put them in Chapter 9 bankruptcy. But in Washington, being defrauded of $87 billion of taxpayer money is apparently a green light for Congress to pass another $4.5 trillion of spending.

Why? Because the politicians are doing such a wonderful job with the trillions of dollars we already gave them. 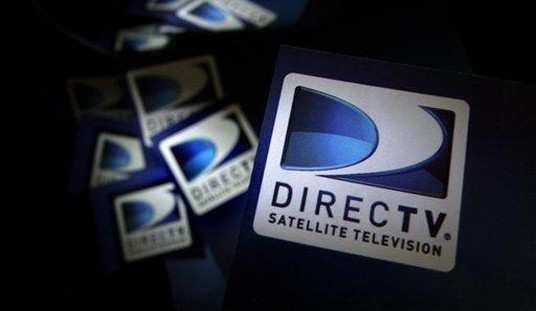