How Solar and Wind Mandates Tax the Poor and Middle Class

Stephen Moore
|
Posted: Sep 18, 2018 12:01 AM
Share   Tweet
The opinions expressed by columnists are their own and do not necessarily represent the views of Townhall.com. 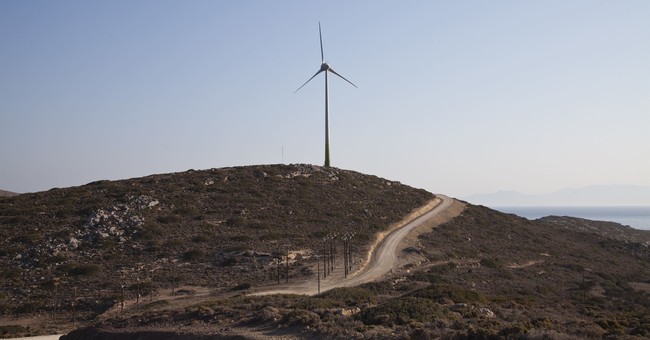 Liberals love to talk about helping the poor and the middle class, and they are obsessed with reducing income inequality. So why is it that across the country they are pushing one of the most regressive taxes in modern times?

In Sacramento, California, the legislature is speeding ahead with one of the most absurd proposals of modern times by mandating 100 percent renewable energy by 2045. This would mean no coal, no natural gas and no nuclear power.

Meanwhile in Arizona, voters will decide on a ballot initiative funded by billionaire Tom Steyer that would increase renewable mandates to 50 percent over the next decade or so.

The goal of these initiatives is to shut down fossil fuel and nuclear energy production in America. These are industries that supply millions of jobs. We have more coal and natural gas than any other nation and liberals want to shut it all down. It is worth mentioning that today in America about 80 percent of our electric power comes from natural gas, coal and nuclear power.

In 2017, about 1 percent of our power came from solar power and about 6 percent from wind. The idea of moving from 7 percent to 50 percent or 100 percent reliance on renewable energy without severe disruptions to the way we live our lives is a "Star Wars" fantasy.

If you want to keep the lights or the air conditioning on at home, or recharge your iPhone or iPad, or keep the factories and hospitals and schools open, we are going to need the reliability of fossil fuels. Period.

If we go hog-wild on green energy mandates we may be facing a future of potential routine brownouts and blackouts. That has been the pattern in many nations and localities that have shutdown their reliable fossil fuel capacities. Just look at the disruption and havoc from the loss of electric power from the hurricane in the Carolinas. That was an act of nature. These brownouts would be from an act of government and radical green groups.

The folks at the Manhattan Institute looked at green energy mandates from 2001 to 2010. They found that of the 10 states with the highest electric power costs, eight of them had renewable mandates -- typically 30 percent to 40 percent.

Only two of the 10 states with the lowest energy costs had these mandates. The 10 lowest-cost states had electric power costs about half of what is charged in high-cost states. We are talking about hundreds and sometimes thousands of dollars of higher costs every year to homeowners to enrich billionaires like Elon Musk and Tom Steyer. This is Robin Hood in reverse: Rob the poor to pay the super rich.

Low-income households spend at least four to five times more out of their incomes in energy costs than do millionaires. For a family with an income of $40,000 or $50,000, an extra $500 a year in costs means less money for school supplies, day care, a family vacation or health insurance.

All of this is so unnecessary. If wind and solar are truly the energy sources of the future -- with reliability and low costs -- let the market determine that. Why do they need mandates and billions of dollars of federal subsidies to make them work? This is an experiment of imposing high costs on American small businesses, farms and families to pay off wealthy green energy investors. Could anything be more illiberal than this?