Stephen Moore
|
Posted: May 22, 2018 12:01 AM
Share   Tweet
The opinions expressed by columnists are their own and do not necessarily represent the views of Townhall.com. 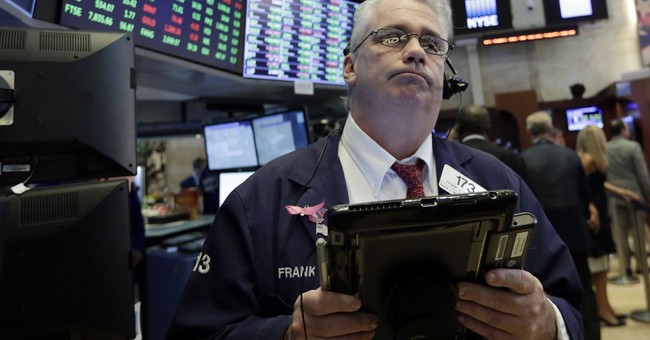 Donald Trump is now deep into trade negotiations with China and NAFTA 2.0 negotiations with Canada and Mexico. We are strong free traders, but we believe that Trump's plans to negotiate better trade agreements that reduce trade barriers abroad are right on the mark. He also has to make sure those deals fully protect U.S. intellectual property, or what is commonly called know-how.

American investments, ingenuity and entrepreneurship have made intellectual property one of our nation's most important assets. IP-intensive industries, including software, biotechnology and entertainment, now support nearly one-third of all U.S. jobs. But too often, our foreign trading partners take unfair advantage of our IP innovations to enrich themselves at our expense.

This is glaringly evident in the pharmaceutical sector.

American pharmaceutical companies are the runaway global leaders in developing new prescription drugs. This requires massive outlays of capital. A 2014 Tufts study estimated the cost of developing and bringing a prescription drug to market at $2.6 billion. These eye-popping R&D investments that U.S. pharma makes in new medications are especially important in biologics, the revolutionary class of drugs that holds great promise in addressing some of our most serious health challenges, including cancer, multiple sclerosis, Alzheimer's and more.

Making those huge outlays of shareholders' money becomes harder to justify when foreign companies reap the benefits. U.S. law requires 12 years of exclusivity for new biologic medicines. In Canada, those same drugs are protected for only eight years; and Mexico, in some cases, provides no protection at all unless drug manufacturers are willing to go through an expensive legal process.

Trump's trade negotiators need assurances from our trading partners that these drugs and vaccines are not stolen and that American companies are paid a fair price for the lifesaving drugs they have worked to bring to market. Holding Mexico, Canada and China to the same legal standards we abide by in the U.S. would save billions of dollars -- money that can be reinvested in new research to produce even more innovative treatments.

There is another reason why fair pricing of U.S. pharmaceuticals must be covered by negotiated trade deals, and it is related to Donald Trump's goal of reducing the costs paid by seniors and families for drugs and vaccines here at home.

It is very simple: When other nations impose price controls on American-produced prescription drugs (and threaten to steal the patents and produce the drugs themselves if these companies don't comply), it means that American consumers pay higher prices here at home to cover the R&D costs. This is unfair to American consumers. It is one reason our health care costs are higher than other nations'.

So rather than imposing price controls here at home, which would severely slow the development of new lifesaving drugs, we should shut down the price controls abroad as a key condition of new trade deals.

The theft of American intellectual property has been going on for years with impunity, and now it's the elephant in the room of trade deals. The United States Trade Representative estimates that the IP thievery perpetrated by China alone costs us between $225 billion and $600 billion each year. China also accounts for a major share of stolen U.S. trade secrets. That costs us another $180 billion to $540 billion annually. Millions of U.S. jobs are lost because of the unfair trade practices routinely employed by China and other countries.

Intellectual property is every bit as vital to our economy -- if not more so -- than steel or aluminum. America leads the world in computer software; drugs; artificial intelligence; patents; trademarks; and music, entertainment and other creative industries. But how long can that last when competitor nations are ripping off our entrepreneurial companies to the tune of half a trillion dollars a year?