The Art of the Trump Trade Deal

Stephen Moore
|
Posted: Apr 03, 2018 12:01 AM
Share   Tweet
The opinions expressed by columnists are their own and do not necessarily represent the views of Townhall.com. 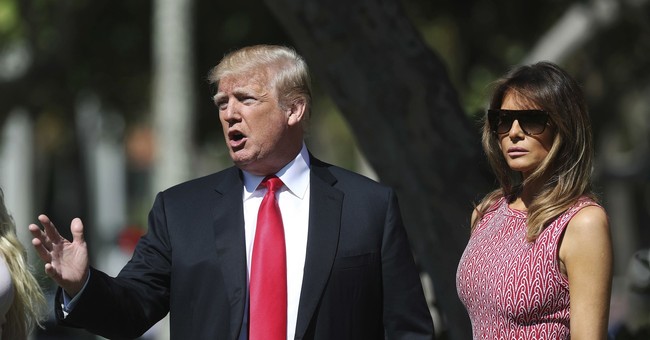 Is it possible that Donald Trump is winning on trade?

First, Seoul has agreed to reduce long-standing non-tariff trade barriers that have reduced American exports to Korea. Though the details are still sketchy, the Koreans have agreed to buy more Ford and General Motors Co. cars and trucks and other U.S.-made products. This can only be good news for American workers. The Koreans have also agreed to increase reimbursement rates to American drug and vaccine producers.

Even The New York Times grudgingly conceded that the deal "represents the type of one-on-one agreement that Mr. Trump says makes the best sense for American companies and workers."

Also in recent days, China appeared to stand down in response to Trump's jarring announcement of a record $50 billion of tariffs on Chinese products. Premier Li Keqiang pledged to improve American companies' access to Chinese markets. He also said in a news conference that China would treat foreign and domestic firms equally. And what's more, Beijing has promised that it would stop forcing foreign firms to transfer technology to China and would strengthen intellectual property rights enforcement. That was a smart and encouraging response.

But then on Monday, Beijing appeared to reverse course. China announced new tariffs of up to 25 percent on $3 billion of American pork, nuts, fruits and other exports. China has made it no secret that it is aiming tariffs at areas of the country that voted for Trump.

So what will it be with China? Concessions or retaliation?

If it is going to be retaliation, this story won't end well for China's economy. Trump is a counterpuncher. He also doesn't back down. If China wants unfettered access to American markets, it is going to have to buy a lot more of our exports, not less.

Trump also commands the moral high ground in this dispute. You can't have free trade with a country that steals hundreds of billions of dollars and arms your enemies. Period. A country that acts this way is an adversary, not an ally.

Beijing's actions on Monday are the response of a belligerent teenager who gets called out for bad behavior. How many millions of Chinese workers will lose their jobs if Beijing surrenders access to America's multitrillion-dollar consumer market?

Trump's message has been clear from day one: There is a new trade sheriff in town.

Trump once explained his strategy on trade to me during a meeting at Trump Tower: "I am not a protectionist, and I am not an isolationist. Of course, I understand the benefits of international trade. I'm a businessman. I just want better and fairer trade deals that benefit America." That's the card he's playing with China. Americans -- especially in the Midwestern states whose products and workers China wants to punish -- are generally behind Trump all the way.

The risk here is great. Trump may upend three decades of progress in opening markets for international trade. This has benefited Americans in the form of lower prices for nearly everything. The White House may be risking another 1930s-style tariff war, which shut down global trade and cratered the world economy into depression. No one wants that.

But the status quo on trade with China is untenable. Trump can't back down here. He's where Ronald Reagan was at the start of his presidency, when the air traffic controllers called his bluff and walked off the job. The Gipper took an action that rocked the world: He fired them.

Trump recognizes what many of the globalists don't: the enormous leverage America has on the world economic stage. He's now demanding that as part of a new North American Free Trade Agreement, Mexico and Canada respect American intellectual property rights and stop imposing price controls on our drugs and vaccines. Ditto for Europe. These nations also impose price controls on our pharmaceutical and technology products. Meanwhile, the Council of Economic Advisers reports that most nations impose de facto tariffs on our goods and services. That has to stop. And don't be surprised if the Germans, French, Italians and other EU members groan but ultimately agree to Trump's terms.

If this plays out the way we all hope, Trump may score the biggest victory for freer and fairer trade practices in American history. If China doesn't back down, things could get ugly.