Stephen Moore
|
Posted: Jun 13, 2017 12:01 AM
Share   Tweet
The opinions expressed by columnists are their own and do not necessarily represent the views of Townhall.com. 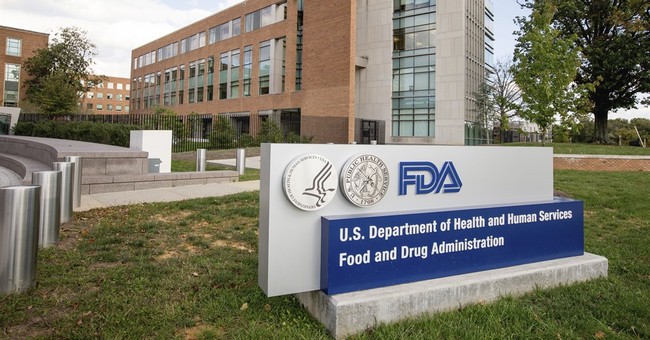 I'm technically disabled -- but not mentally disabled the way some of my foes on CNN seem to believe I am. No, my disability is hearing loss. In one ear I'm nearly deaf.

I have to turn the TV up so loud the neighbors say they can hear it from their house next door. My friends complain that watching TV with me is like watching Garrett Morris on "Saturday Night Live" shout into the camera to provide news for the hard of hearing.

There are some 30 million Americans like me suffering from severe to moderate hearing loss. Not being able to hear precisely what people are saying is an occupational handicap, for sure.

I also lose my prescription hearing aid at least three or four times a year. These little gizmos are expensive, costing as much as $3,000 (I can't get insurance anymore because of my pre-existing condition of carelessness), and so having access to cheaper over-the-counter hearing devices is an attractive option.

Granted, the non-prescription aids don't work as well, but in a pinch they sure work a lot better than no hearing aid at all. Some of the devices at Walmart are so cheap that they are practically disposable.

Congress will soon vote on a bill called the Over-the-Counter Hearing Aid Act that would allow much easier access to over-the-counter hearing aids. And get this: The bill is bipartisan, sponsored by Sens. Chuck Grassley (R-Iowa) and Elizabeth Warren (D-Mass.) and Reps. Marsha Blackburn (R-Tenn.) and Joseph Kennedy (D-Mass.). (This may be the first and last time I've ever been on the side of Elizabeth Warren!)

Here's why this bill is important to the health and well-being of millions of Americans like me. According to the National Academies of Sciences, Engineering and Medicine's report "Hearing Health Care for Adults," more than two-thirds of the 30 million people in the U.S. with hearing loss may benefit from hearing aids but do not use them.

Why don't they? Because they're too expensive. A 2014 report by the Consumer Technology Association finds that the high price for prescription aids is a major barrier to consumers. Prescription hearing aids typically cost $1,000 to $6,000, or about 10 times the cost of OTC aids.

Current law prohibits over-the-counter personal sound amplification performance systems (PSAPs) from making any claim to treat hearing loss. The Food and Drug Administration, which regulates hearing aids, places prohibitions on advertising for these cheaper devices, claiming they don't significantly improve hearing. I can personally attest that PSAPs do help, especially when standing in a crowded room with a lot of ambient noise or talking on the phone.

Under the new law PSAPS could be marketed and sold as a more affordable hearing aid alternative to people with hearing loss. The highest quality prescription hearing aids that are personalized and fitted for each patient and superior in quality would still be available and regulated by the FDA.

This would seem to be a no-brainer. It would drive down prices for all hearing devices by increasing choice and competition. The opponents to the bill are the doctors and the manufacturers of the expensive aids. They are against competition -- of course. It's the same sort of rent-seeking lobbying that taxicab companies use to keep Uber out of cities.

What we have here is a classic case of regulation promoted by the regulated industry in order to keep prices high and keep out cheaper alternatives -- all under the phony guise of "consumer protection."

One worry is that this new law will give the FDA additional powers to regulate over-the-counter devices. Conservatives should be arguing that there is no compelling reason for the FDA to be regulating this industry at all. You're not going to die if you get snookered and buy a bad hearing aid.

This should be the first step in a pro-consumer crusade to severely limit FDA regulations on the sale of scores of medical devices and drugs when there is no issue of endangerment. Why does the FDA have to regulate hearing aids, dental and skin care products, Viagra, wheelchairs and so on?

Everyone in Washington, from both parties, keeps saying that they are for "affordable care." Here's one way they can make that a reality for tens of millions of Americans. Is anyone listening?