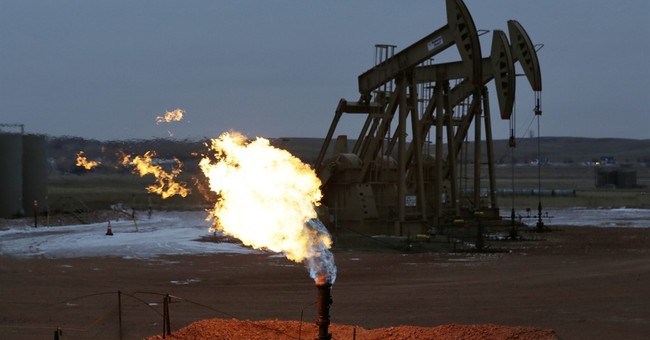 "The United States of America cannot afford to bet our long-term prosperity, our long-term security on a resource that will eventually run out, and even before it runs out will get more and more expensive to extract from the ground." -- Barack Obama, 2011.

In August 1859 on the eve of the Civil War, Col. Edwin Laurentine Drake completed the first commercial oil well in the United States on Oil Creek just outside of Titusville, Pa. Over the next century and a half, oil and gas companies have extracted tens of billions of barrels of oil from the ground from California to New York and nearly everywhere in between.

During that time period, one thing has been constant: Doomsayers and declinists have predicted that we would soon drill the last barrel of oil. Famously in the 1920s, the U.S. Department of Interior projected less than a few decades worth of recoverable oil in the United States. Jimmy Carter declared in 1980 that by 2000 we'd be nearly out of oil -- running on empty.

Last month, the Department of Energy reported that the U.S. hit a new energy milestone: We produced 9.52 million barrels a day. That was very close to the highest output level in recorded history. So much for running out.

Something else has happened in recent weeks that almost no one -- least of all President Obama -- would have predicted. The price of oil fell below $40 a barrel. Adjusted for inflation, that makes oil cheaper today than at almost anytime in history. Adjusted for wages, we work less to buy gasoline and oil today than nearly ever before.

Welcome to the age of oil and gas abundance. One of the people who predicted all of this 40 years ago was the late, great economist Julian Simon. When cultural icons like doomsayer Paul Ehrlich of Stanford University were assuring us that the end was nigh when it came to oil, food, copper, tin and farmland, and that the earth would soon be freezing over because of cooling trends, it was Julian Simon who declared they were all wrong. He was regarded as a lunatic, in today's left-wing jargon, a "denier," but he was right, and the "scientific consensus" was entirely and almost negligently wrong.

The experts at the Institute for Energy Research recently published an inventory of American energy given current technological capabilities. Their research shows that we have 500 years worth of coal and natural gas and at least 200 years worth of oil. The wellspring of energy in America will never run dry.

The reason we never run out of "finite" resources is that human ingenuity runs forward at a far faster pace than the rate we use up oil, gas or food. The shale oil and gas revolution -- thanks to fracking technologies -- nearly tripled overnight our oil and gas reserves. We now produce three times as much food with one-third as much manpower at one-third the cost than we did in 1950.

That the left-wing doomsayers have been time and again discredited in their Malthusian warnings has several policy implications. First, would you keep buying stock from a broker who kept giving you all the wrong advice and losing your money?

Then why do we listen to the same crowd of doomsayers who still say we are running out of oil or that the earth is going to heat up into a fireball? Their credibility and their "scientific consensus" have rarely been right. They are like the boy who cries wolf over and over.

Second, there are high costs to false fears. President Obama has many times justified the $100 billion we've wasted on renewable energy subsidies by the claim that we're running out of oil.

Third, many of the same Malthusians who told us we were running out of oil and food are the intellectual giants behind the global warming industry. These are the ones who say that the debate is over on global warming, that they can't possibly be wrong, that the science is settled and that those who question their religious-like conviction have been bought off by the Koch brothers or big oil. Given their abysmal track record, is it asking too much of them to consider that they might just be wrong?

Several years ago, I declared on a television show that America will never run out of oil and gas, and that our supplies are inexhaustible. I was flooded with angry letters and emails. My favorite note came from a junior high school science teacher who wrote me: "How could you say such a stupid thing? Even my sixth-graders understand that oil is a finite resource." Well, a sixth-grader might believe that tripe.

What is disconcerting is that the president of the United States, the media and many "scientists" still believe it. Paul Ehrlich once said that one thing the world will never run out of "is idiots." Alas, he was right for once.