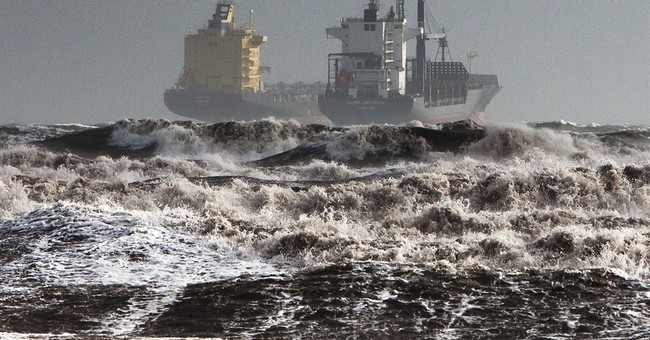 The passage of trade promotion authority (TPA) legislation is of vital importance to the 21st Century American economy. TPA facilitates trade agreements by giving negotiators the tools they need to strike the best deal possible on behalf of American companies, farmers and workers. Without it, the ability of the United States to negotiate free trade agreements and compete in the global marketplace will be severely hampered.

For decades, presidents have used TPA to negotiate trade deals that have opened markets and allowed companies to generate additional revenue and jobs by increasing their exports. One of President Bush’s signature accomplishments was the large volume of trade deals that his administration successfully negotiated – agreements that helped America’s commerce with the world grow from $2.5 trillion to $4 trillion. The benefits of these agreements have been lasting and real. Unfortunately, trade promotion authority expired at the conclusion of President Bush’s final term, making it difficult for us to continue to grow jobs through trade.

Legislation to renew TPA has broad support, and for good reason: one in five American jobs is supported by international trade meaning this is an issue that directly affects millions of Americans. And with 95 percent of the world’s population living outside the United States, American farmers and manufacturers require access to foreign markets, so that they can export their goods across the globe. When given the chance, American workers will out compete and out produce their global counterparts. This has been evidenced over the last decade with U.S. job growth in sectors related to foreign trade was six and a half times higher than job growth in general.

Up until 2007, every president since Franklin Roosevelt has been granted this authority by Congress. And given the prolonged economic struggle, it is needed now more than ever. TPA ensures that Congress votes on new trade deals in a timely manner so that the benefits can be implemented as quickly as possible. TPA protects the constitutional role of Congress in trade negotiations and reaffirms the primacy of U.S. law over any trade deal.

Currently, two important trade deals are languishing away. The Trans Pacific Partnership (TPP) and the Transatlantic Trade and Investment Partnership (TTIP) would grant American companies access to markets with nearly one billion customers, comprising almost two-thirds of the world’s gross domestic product (GDP). They are good deals for American businesses, the American economy and American workers.

Unfortunately, Senator Harry Reid and former Speaker Nancy Pelosi have other interests in mind. With one’s position as majority leader hanging perilously in the balance, and the other seeking to regain the speakership, they are in no mood to cross Big Labor who will likely bankroll the campaigns of their members. Needing campaign financial support, Reid and Pelosi have made clear they will side with union bosses and their counter-productive, protectionist policies over the best interests of the American people and our nation’s economy.

As the economy struggles to emerge from the recession and job growth remains anemic, now is not the time for self-inflicted wounds or partisan games. Our economic competitors are strengthening their global trade ties. The United States must do more to expand its multilateral trade deals or else other countries, such as China, will soon be in a position to dictate the rules of global trade.

Now is the time for Congress to push for trade promotion authority, which will allow multilateral agreements to be negotiated under the close supervision of Congress, which will support millions of jobs and help grow our economy. These trade deals are critical to ensuring that American employers gain access to global markets to sell their products. Free commerce is a hallmark of a strong economy and it is time the United States takes its place as the world’s leading trader and most powerful economic force.