Star Parker
|
Posted: Oct 09, 2019 12:01 AM
Share   Tweet
The opinions expressed by columnists are their own and do not necessarily represent the views of Townhall.com. 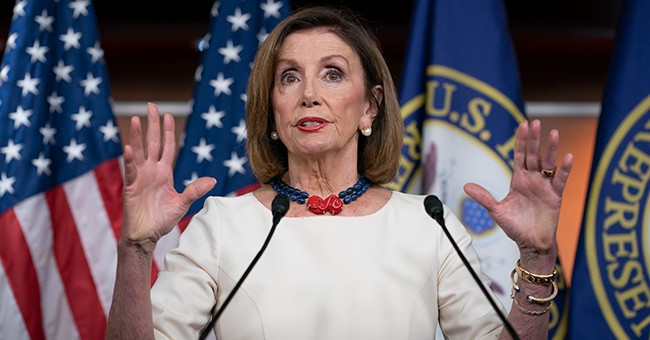 Moynihan was a Democrat who would find a hard time being at home in today's Democratic Party.

He was a policy adviser in Democratic -- Kennedy -- and Republican -- Nixon -- administrations and went on to serve four terms as a Democratic senator of New York.

Here are two of Moynihan's many famous observations that are particularly relevant in today's chaotic times:

"Everyone is entitled to his own opinion but not his own facts."

As a policy adviser in the early '60s, he opposed and prophetically warned about the mistake made in the welfare law that required no working man present at home in order for the household to receive welfare.

His concerns proved well founded. Black families were devastated. But the thinking that went into welfare touched the whole country. Marriage and family in America since the 1960s has collapsed.

One-third less American adults are married today than were in the 1960s. The percentage of babies born to unwed mothers has gone from less than 10% to over 40%.

A critical moment in the slippery slope of cultural collapse was the legalization of abortion on demand in 1973, opening the door to 60 million-plus unborn children destroyed in the womb.

It is the cultural war that fractures our country today: whether we are a nation of culture, facts and a Constitution that draws the line where government stops and individual freedom begins; or whether America is just about politics, where political power brokers write the script of our lives.

It is now one year since the confirmation hearings of Supreme Court Associate Justice Brett Kavanaugh. We saw what it means when a country detaches from reality and any sense that there is something called a fact.

In such a world, any individual with an unsubstantiated charge who appeals to someone with political power can wind up sitting as a witness in a Senate hearing and hurl charges that can destroy the reputation of a fine man.

In such a world, little boys and girls can arrive at school and claim their sexual identity is different from the biological reality that defined them at birth.

And the idea that there is law that precedes politics is out the window. Ambitious politicians can claim they know what is just and use their power to expropriate wealth and property from whom they choose and redistribute to whom they choose.

This is what divides America today, not what happened in a conversation between President Trump and the president of Ukraine. It is not President Trump whom Democrats want to impeach but 63 million Americans who voted for him.

President Trump managed to do what two previous Republican candidates failed to do: win back the White House for the GOP and for Americans who want a nation where culture and the Judeo-Christian ethos matters, where facts and law and a constitution exist. It is all this that enables our freedom.

And it is our freedom that is threatened by the left-wing power brokers and fiction writers.

Even some in the president's own party are missing the point -- like Sen. Romney, whose bruised ego from his own political failures is more important to him than the great issues at stake in the culture war. Romney has violated President Reagan's 11th commandment -- thou shalt not speak ill of a fellow Republican.

With 150-plus conservative court appointments and an unemployment rate the lowest in half a century, conservatives, under President Trump's leadership, are winning back our country. This is what Democrats hate and want to destroy.