Star Parker
|
Posted: Nov 01, 2017 12:01 AM
Share   Tweet
The opinions expressed by columnists are their own and do not necessarily represent the views of Townhall.com. 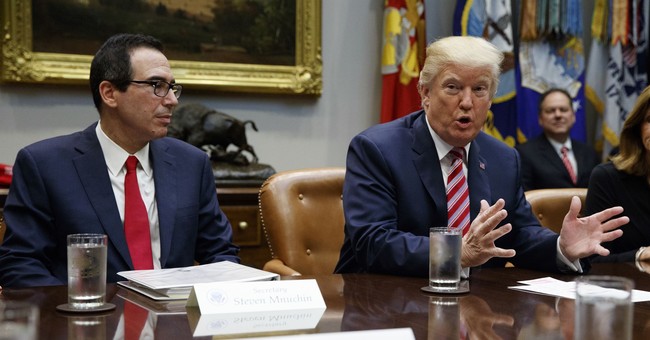 A big tax bill is all it takes to see how perverse and dysfunctional our government has become.

Why are the halls of Congress now crawling with special interest lobbyists looking for opportunities to carve out some new benefit, or to protect existing special interests in the tax code?

The objective of the tax bill Republicans want to piece together is noble. Make the code more simple, logical and easy to use. The tax code should be an exercise in civic responsibility in which all participate to pay for the legitimate functions of government.

But what are those legitimate functions of government? What happened to that discussion? Why when the plate goes around in church do all feel privileged to contribute and participate in a noble cause? And why when government collects our taxes do we want to run and hide?

The answer, of course, is simple. What goes on in Washington is no longer a reflection, in Lincoln's famous words, of government "of the people, by the people, for the people." The tax code has become an instrument of government power brokers to extract money from private citizens to finance pet schemes of Washington's political class.

According to American Enterprise Institute economist and blogger Mark Perry, some 70 percent of the federal budget, about $2.6 trillion, is transfer payments -- funds recycled from one set of private citizens to others. Most of federal government spending is not about paying for functions of government, but for social engineering, meddling in our lives.

According to the Tax Foundation, compliance with the U.S. tax code consumed, in 2016, 8.9 billion hours at a cost of $409 billion.

Per Giving USA, total private charitable contributions in the U.S. in the same year, 2016, came to $390 billion. We spend more complying with the tax code than what we give in private charity.

The $390 billion in charitable giving comes to about two percent of our GDP. The Biblical guideline for charity is the tithe, ten percent. From this perspective, Americans sound stingy. Are we? No, I don't think so.

Much of our charitable spirit is swept up by government.

Suppose Congress had the resolve to lock out the lobbyists and get rid of the complexities and special interest deductions in the tax code. Suppose we simplified it all so there was a simple flat tax that could be filed with a postcard. If that saved half the $400 billion in compliance costs, enough funds would be freed up to the private sector to finance charitable programs two and half times greater than the $80 billion food stamp program.

Bookshelves sag with reports and research showing the waste, inefficiency and counter-productiveness of our $750 billion in welfare spending. Suppose I suggested giving this four percent of our GDP back to taxpayers in the forms of tax cuts?

Many will say, "No, Star. These funds would not get redirected into private charitable giving."

I say, "Why not?" Whenever we have disasters, like hurricanes, volunteers and private charity show up in droves.

Americans are compassionate and creative givers. Can we really be worse off by letting freedom work?

Wouldn't we all be much better off if we stopped using Washington as a massive social-engineering, money-recycling machine, and got back to a simple tax code designed to finance the limited functions of government, as laid out in our Constitution?