In Praise of Paul Ryan

Star Parker
|
Posted: Aug 17, 2016 12:01 AM
Share   Tweet
The opinions expressed by columnists are their own and do not necessarily represent the views of Townhall.com. 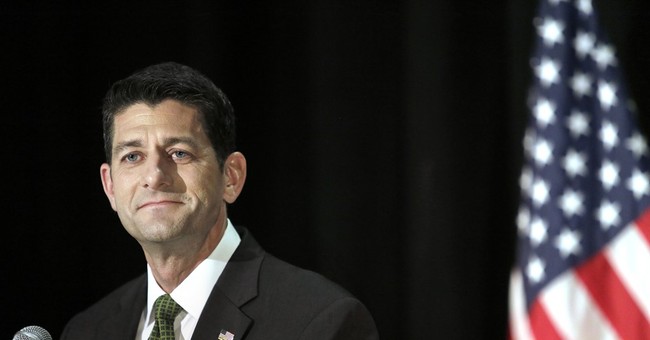 Trending
Voters in last week's Republican primary in Wisconsin wisely supported House Speaker Paul Ryan, in a landslide, to continue to represent them in Congress.

Ultimately, in our beautiful democratic republic, members of Congress answer directly to those voters they directly represent. And those, like the speaker of the house, who achieve power as national leaders, still ultimately answer to the voters in their district.

Despite some outside dissenting voices from today's fractured Republican Party trying to unseat Speaker Ryan, the locals spoke with clarity -- 84 percent voted for him

The bottom line is that Paul Ryan is a gentleman and leader and, above all, an American patriot. Those closest to him, the citizens in his own district, know it.

All his career, Ryan has been a man of ideas, committed to advancing the principles of American freedom, and this is what has always motivated him -- not accumulation of political power.

Ryan agreed to run in 2012 as the vice presidential candidate on the ticket with Mitt Romney at the urging of party leaders. He did not seek it.

And Ryan agreed, at the urging of party leaders, to step in as house speaker, to fill the leadership vacuum when John Boehner departed. Again, he did not seek it.

In the spirit of Abraham Lincoln, Ryan has always been committed to reason and sober discussion as the principle tools for influencing public opinion. Lincoln biographer Richard Carwardine, writing about Lincoln's 1938 speech at the Lyceum in Springfield, Illinois, noted that "pointing to the lessons of history and alarmed by the mobs that scarred the face of Jacksonian society, he warned against the arrival of some demagogic genius able to enchant a populace that had exchanged 'sober judgment' for 'wild and furious passions.'"

Today, Ryan has a torturously difficult task, sitting, like a fiddler on the roof, precariously at the top of a divided Republican Party, trying to hold things together.

It's so easy to judge others and "pundits", whose personal cost is a few minutes at a microphone or at a keyboard, attack the judgment of others and determine, with great ease, the risks that others should take.

But let's not forget the words of first century rabbinic leader Hillel who said, "Do not judge your fellow until you are in his place."

The job of a leader in a diverse country is to keep things going in generally the right direction. But compromise is always part of the game.

Too many today ignore or disdain the wisdom of Ronald Reagan, whom they claim to revere, that "The person who agrees with you 80 percent of the time is a friend and an ally -- not a 20 percent traitor."

Ryan has been singular in his courage to take on the nation's hardest problems. He travelled, with president and founder of the National Center for Neighborhood Enterprise, Bob Woodson, to inner cities across the nation to design more cost-effective reforms to deal with persistent poverty.

The projections regarding the fiscal state of affairs of our nation are not pretty. The massive accumulating debt is simply the outward result of the crisis in outdated institutions that are bankrupting and strangling us -- in entitlements -- Medicare and Social Security, housing, health care, poverty programs, education.

Ryan has also been singularly courageous in leveling with the American people about these profound problems and offering proposals for reform.

John Cochrane of the Hoover Institution, one of the nation's premier free market economists, wrote recently, "If you're interested in policy rather than politics, the package of legislative proposals coming out of Congress are a lot more interesting than the presidential race at the moment. Speaker Ryan is rolling out 'A Better Way' package."

Thank you, Wisconsin, for supporting one of America's great young Republican leaders.