Paul Ryan Should Not Support Trump

Star Parker
|
Posted: May 11, 2016 12:01 AM
Share   Tweet
The opinions expressed by columnists are their own and do not necessarily represent the views of Townhall.com. 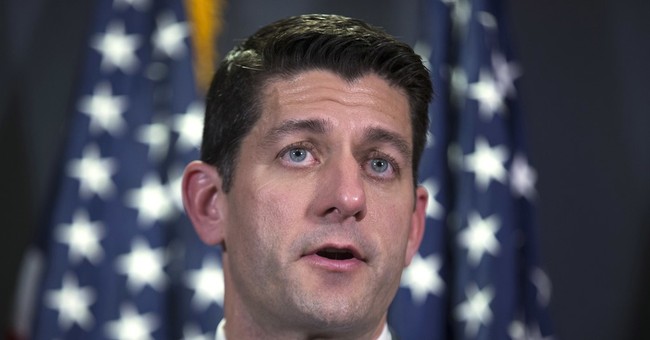 Trending
The push back against Donald Trump is about far more than Republican "elites" at war with Republican voters, which is what some claim.

They say that Trump captured the strong anti-establishment sentiments of voters and that an entrenched Washington establishment won't accept this new reality.

Understand that Trump, a man with ambition and no principles, is not anti-establishment. "Establishment" is not about whether you work in politics or live in Washington. It is about the unprincipled, promiscuous use of power to advance personal interests, with disregard for any sense of truth and integrity, or the national welfare. This is Donald Trump.

After becoming a Christian conservative many years ago, I became a Republican to fight for limited government and traditional values.

As a former welfare mother, who saw her communities being destroyed by the Democrat left-wing agenda, I fought for welfare reform. As result, I was invited to speak at the Republican National Convention in 1996.

During the same time period, Donald Trump was making most of his political contributions to Democrats and to the Democratic Party. This included Trump's support for Harlem's Charlie Rangel, the Black Caucus Democrat who represented everything that was destroying America's minority communities.

After years of work with black clergy to get them to understand that conservative principles are what are needed in their communities, how could I possibly support a Republican candidate with a history of lawsuits related to racist business practices?

How can I, or any Republican, support a candidate who not only has no respect for the sanctity of life and family, but also no regard for private property?

According to the Cato Institute, since that decision, more than a million American households have been displaced, 29 percent of which were minority households and 32 percent poor households.

Yet, Donald Trump praised this decision, saying "I happen to agree with it 100 percent."

The evidence is overwhelming that raising the minimum wage hurts the young and the poor. But political opportunist Trump, like those on the left, supports the minimum wage. His personal political calculations are more important to him than the damage done by bad policies.

Nor will he talk about the $100 trillion in unfunded liabilities in Social Security and Medicare. For sure, we can never expect Trump to champion private retirement accounts to replace Social Security, despite the great benefit this would provide to low-income Americans with little savings or wealth.

President Eisenhower said in his first inaugural address: "A nation that values its privileges above its principles soon loses both."

The last thing the Republican Party or the USA needs today is an unprincipled super-salesman appealing to the worst instincts of an unhappy electorate.

It's why Paul Ryan deserves all the credit in the world for his hesitation to endorse a corrupt candidate who has intimidated even some smart people into believing he is what America needs.

We have gotten where we are because Republicans have not stood ground and provided a real conservative alternative to the party of the left. We cannot continue this way.

Millions of Christian conservatives nationwide share my sentiments. For what will it profit a man if he gains the whole world and forfeits his soul?

I encourage Paul Ryan to stand tough. The only path to American greatness is the great principles and truths on which this nation stands. We must fight for them at all costs.