Star Parker
|
Posted: Feb 17, 2016 12:01 AM
Share   Tweet
The opinions expressed by columnists are their own and do not necessarily represent the views of Townhall.com. 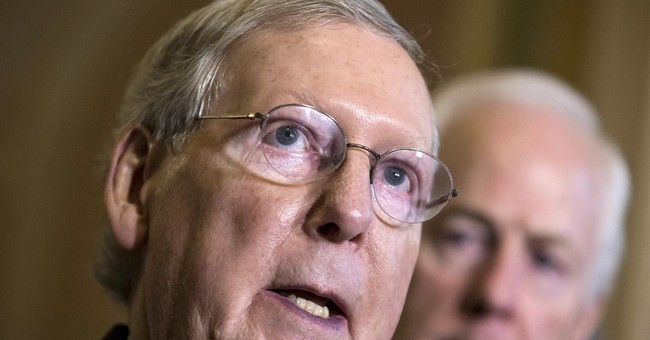 Senate Majority Leader Mitch McConnell is doing the nation a service by announcing he will work to block President Obama's appointment to replace Supreme Court Associate Justice Antonin Scalia and delay until after the election.

The inevitable resulting clash between the Senate and the White House, made sharper in the midst of an election, is a confrontation vital for the nation.

This is more than raw politics, Democrats versus Republicans. It is about ideology and bringing clarity to what the country has become and where it is headed.

America is extremely polarized today compared to where it was just 20 years ago.

The far less polarized country of the past, when there was more common ground between the two parties, made compromise on court nominees more possible between the president and the Senate.

This is not the case today. President Obama isn't just a Democrat. He is a liberal of the far left and will nominate a far left justice. The chance that he will send a candidate that can find common ground with conservative Republicans is practically zero.

Many are pointing out that President Reagan nominated Anthony Kennedy to the Supreme Court, and he was confirmed in the last year of Reagan's presidency.

But despite Reagan being a conservative president, the whole country was far less polarized then, and Reagan himself was far more inclined to do business with the other party. Reagan sent two centrist jurists to the Supreme Court: Anthony Kennedy and Sandra Day O'Connor.

What has come of the Kennedy appointment? Kennedy voted with the liberals last year in the Obergefell v. Hodges case, providing the deciding vote in the 5-4 decision in which marriage was redefined.

Even in the remote chance that Obama would nominate a centrist like Kennedy, matters are too far gone in the country today to tolerate replacing Antonin Scalia with anyone less conservative.

Our massive fiscal imbalance is the result of the Court giving Congress wide new powers to tax and spend. The breakdown of the American family is traceable to court decisions to remove religion from our schools and public spaces, the legalization of abortion and now the redefinition of marriage.

Now a Democrat who openly and proudly calls himself a socialist is running for president. Bernie Sanders is getting support that has surprised everyone. But it is a logical continuation of the ongoing transformation of America -- from a free nation rooted in religious tradition to a socialist nation rooted in secular humanism.

By drawing a line with this nomination, Mitch McConnell is carrying on the tradition of the first Republican president, Abraham Lincoln, who said, "A house divided against itself cannot stand. I believe this government cannot endure, permanently half slave and half free. ... It will become all one thing or all the other."

America is as deeply divided today as it was when Lincoln spoke those words. Then we needed a civil war to work it out. Hopefully we can get through this today with just some tough leadership.

This court nomination will force Americans to take a stand. It even forced Donald Trump to clarify himself and back off after saying his sister, a pro-abortion federal judge, would be a "phenomenal" court appointment.

Let's hope, as this gets increasingly politicized, Sen. McConnell holds his ground.