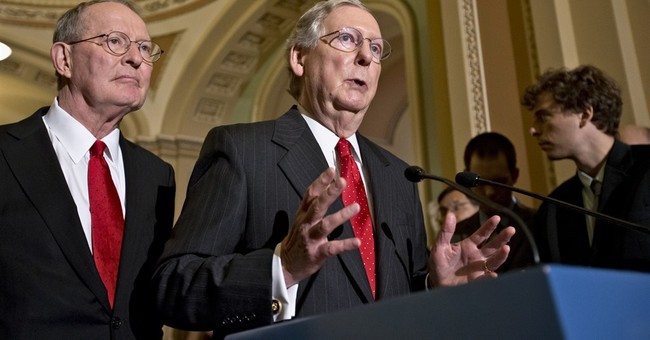 As 2013 comes to a close, it’s as good a time as any to do some national soul searching.

Polls show that three out of four Americans say the nation is on the wrong track. Disapproval ratings of our president are lodged above fifty percent.

Clearly, whatever was generating the glow that got the most left-wing president in American history elected twice is starting to fade.

Despite the considerable human experience from around the world that socialism does not work, and the considerable experience in our own country that human freedom and capitalism does work, many Americans bought the left-wing sweet talk and sugar-coated promises from Barack Obama that this time things would be different.

As Obamacare socialism implodes, as every conservative observer knew from day one it would, the American people need alternatives, not just to how we get our health care, but to the destructive left-wing vision that has gripped this country over recent years.

And here, the Republican Party leadership needs to shoulder its share of the blame.

Nature abhors a vacuum. It is not enough to know what doesn’t work. Citizens need to hear, with clarity, what does work, and this can only happen through courageous, principled leadership.

Leadership, by this standard, from the opposition party, the Republican Party, has been woefully lacking.

Two recent surveys point to the deep confusion among the American people.

A Gallup poll last week reported that 72 percent of Americans identify “big government” as “the biggest threat to the country in the future,” the highest percentage since Gallup began reporting this in 1965.

Yet, when asked in a Pew Research Center survey, also reported last week, which parts of the federal budget should be scaled back to deal with the deficit, most Americans do not want to touch what is the biggest problem – entitlement spending.

When most Americans feel the biggest threat facing us is big government, yet they do not want to take on the biggest factors driving the growth of government, we have got a problem.

This is a problem that can only be addressed through leadership. And at this writing, that leadership is absent.

Not only absent, but things are moving in the wrong direction.

The Wall Street Journal reports this week, “Republican leaders and their corporate allies have launched an array of efforts aimed at diminishing the clout of the party’s most conservative activists….”

Americans desperately need leaders today who will be honest that we cannot go on with Social Security, Medicare, and Medicaid structured as they are.

Ideas abound how we can get better and cheaper health care through genuinely free markets. But it will never happen without leaders willing to say it.

And we need leaders who are willing to be honest about the moral collapse of our country. Societies without virtue and personal responsibility cannot bear the burdens of freedom and reap its benefits. Can a free country really live with almost half its babies born to unwed mothers?

We got to where we are today as result of political leaders who thought American freedom is on automatic pilot.

Minority Leader Mitch McConnell and Speaker John Boehner should be on alert that conservatives have just begun to fight. We’re hanging out the Help Wanted sign for a new generation of principled, conservative leaders.