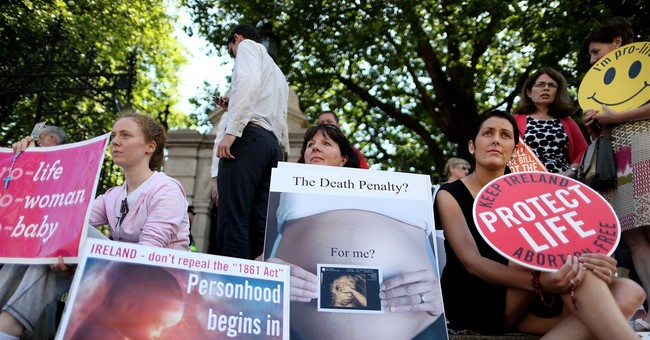 In a poll done by Gallup earlier this year, the biggest complaint lodged against the Republican Party was “inability to compromise.”

When I read the daily headlines, I see this theme continue.

But let’s get perspective.

If we are talking about trying to decide what day of the week to collect the garbage, and one wants Monday and one wants Friday, so the side that refuses to compromise on Wednesday might but be considerable unreasonable.

But this isn’t the kind of national discussion we are having today.

This kind of discussion does not lend to splitting things down the middle.

Few today would look back on the horrible national dispute about slavery and claim that the problem was inability to compromise.

As Abraham Lincoln put it so clearly in his second inaugural address, delivered while the Civil War still raged: “Both read the same Bible and pray to the same God, and each invokes His aid against the other.”

Sometimes worldviews clash and resolution can come only from drawing the line in the sand and one view prevailing over the other.

We are having today a battle for the soul of our nation. There are a number of key areas of our national debate that are about principle, about right and wrong, that do not lend themselves to compromise. This is about which worldview will prevail.

One of these issues is most certainly abortion.

The trial of abortion doctor and now convicted murderer Kermit Gosnell delivered a wake up call to the nation.

The Gosnell trial did for our national consciousness what ultrasound images provoke in a pregnant woman. Graphic pictures of a live child in the womb purge any sense that it is possible to be casual about abortion.

Unfortunately, the abortion issue – the question about when life begins – is often left to dry and abstract argument.

But in the case of late term abortion, like ultrasound pictures, the truth is graphically clear. We’re talking about destruction of a live, feeling human being. The Gosnell trial showed the nation that in American today we have abortion factories where live children are being killed.

The fact that a child of 21 weeks may still be in the womb does not make that child any less alive.

The current fight to ban late term abortion – abortion 20 weeks, five months, after conception - is by and large a partisan battle of Republicans against Democrats.

The Republican House has passed legislation to ban abortion after 20 weeks, with qualifications for the life and health of the mother. Now this critical issue must be taken for a vote in the Democrat controlled Senate.

Senate Majority Leader Harry Reid has called this a “fringe” issue. Murder a fringe issue? Can there be any doubt that we are dealing with a clash in worldviews?

Republicans must carry this bill aggressively into the Senate. Pressure must be put especially on Senate Democrats up for re-election in states which lean pro-life. Democrats like Mary Landrieu from Louisiana, Mark Pryor from Arkansas, and Kay Hagan from North Carolina.

Perhaps this is a good time to recall again George Washington’s words “that virtue or morality is a necessary spring of popular government.”

No, this is not a time for compromise. The nation is confused, far adrift from its moral moorings.

Republicans must grab the reins, aggressively, and provide, without compromise, the moral leadership that this nation needs so badly.