The NAACP and Abortion Politics 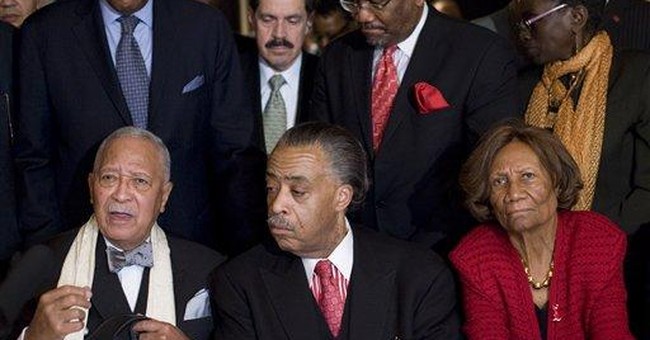 Why would a bill that criminalizes abortion motivated by race not have the support of the NAACP? Or, even more perplexing, why would the NAACP endorse such a bill and then rescind its endorsement?

This is exactly what just happened in Georgia.

The Georgia Senate passed a bill that would make it a crime to abort a child because of its race or gender.

The bill had the endorsement of Georgia’s NAACP, along with the Southern Christian Leadership Conference and over 100 local, mostly black, pastors.

After the bill moved to the House for passage, suddenly Edward DuBose, president of the Georgia NAACP, had a change of heart. In a statement withdrawing NAACP’s support for the bill, DuBose claimed they didn’t “fully understand” it when they endorsed it.

In NAACP’s press statement, DuBose said they came to the realization that the bill amounted to “nothing more than using women’s health as a political tool.”

It’s not news that an abortion holocaust is taking place in black America. Blacks, about 12% of our population, account for almost 40% of the abortions that are performed nationwide each year.

Georgia, Mr. DuBose’s state, has the distinction of leading the nation in abortions in the black community.

According to Catherine Davis, Director of Minority Outreach for Georgia Right to Life, there were 18,901 abortion performed on black women in Georgia in 2008, amounting to 60% of all abortions performed in the state.

Clearly there was concern at Georgia’s NAACP about this troubling reality. They passed a resolution in 2007 noting the need to minimize abortion in the black community.

With this background, Georgia Right to Life reached out to the NAACP to endorse the “Prenatal Nondiscrimination Act” and got it.

And then suddenly, mysteriously, after giving its endorsement, the NAACP realized it didn’t “fully understand” and backed off.

Particularly troubling for a matter this grave, they felt no compunction to provide any serious arguments regarding concerns about the language or provisions of the bill that provoked the change of support. They only served up the usual political buzzwords of the pro-abortion community about women’s “health.”

It doesn’t take much imagination to conclude that the NAACP’s priority became politics and not the welfare of the black community, its alleged mission.

Taking a pro-life stand would have put the Georgia NAACP out of sync with its national organization.

The NAACP Legal Defense Fund recently issued a statement of effusive praise for retiring Supreme Court Justice John Paul Stevens – a member of the court’s liberal and pro-abortion contingent, who now must be replaced.

Organizations come into existence to solve problems. What happens when those problems get solved? Three possible outcomes. The organization closes. The organization shifts focus to new problems. Or it starts just existing to perpetuate itself and sustain the power and income of those whom it employs and who have political interests in its existence.

It’s the latter reality that defines today’s NAACP. It’s why it has lost major support over recent years and no longer holds the hearts and minds of most black Americans.

NAACP was born when the primary problem of black Americans was political. Blacks needed political action to secure equal protection under law they weren’t getting. This was achieved in the 1960’s through the Civil Rights Act and the Voting Rights Act.

Apparently for Georgia’s NAACP, being out of sync with political interests was too much to handle.

For black Americans to solve their considerable problems today, we’re going to have to get back to caring more about truth than political interests.