Time for a New Generation of Black Americans 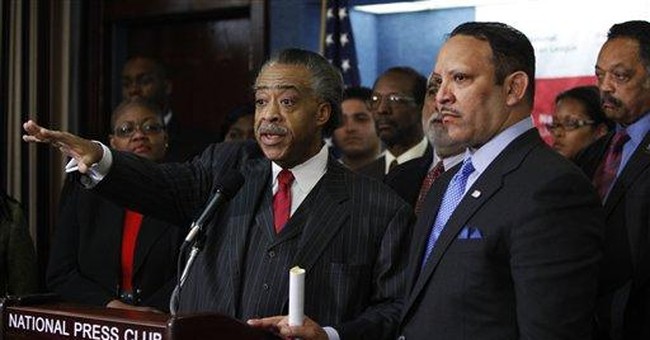 Black History Month 2010 is not a great time for a party. Unemployment at almost 10%, and well over 16% among blacks, doesn’t make for much of a festive mood.

But if the mood is not festive, shouldn’t it be reflective?

Certainly, there’s reason for pride in black achievement in the forty plus years since the Civil Rights movement. We’ve now got a couple black billionaires and a black president. The percentage of blacks with college degrees is three times greater now than in 1970.

But black household income is still just 62% of white households. And the black poverty rate, at twice the national average, has hardly budged since the late 1960’s.

Blacks should be asking hard questions when, over this period of time, many immigrants from different backgrounds have come to this country with little and moved into the middle class in one generation.

The accumulation of considerable black political power – black mayors, governors, a 42 member Black Congressional Caucus, and now a black president - has made hardly a difference. It should be clear that black economic distress is not a political problem.

The Civil Rights movement was, of course, a religiously inspired and led movement. It made liberal use of the biblical imagery of the Exodus of the Israelite slaves from Egypt.

Taylor Branch called his trilogy about Dr. King and the movement he led “Parting of the Waters”, “Pillar of Fire”, and “At Canaan’s Edge.”

To the misfortune of blacks who put great hope in the redemptive powers of that movement, their leaders prematurely closed their bibles.

The story of the liberation of the Israelite slaves did not end with their release from their Egyptian taskmasters. That was the beginning. They then proceeded to the mountain in the wilderness to receive the law to take with them and live by in the Promised Land.

When it was clear that the former Egyptian slaves were not up to the task, they were condemned to wander for forty years in the wilderness so that a new generation would arise, enter the land, and build the nation.

Let’s recall that the law they received was about family (honor your parents), about property and ownership (thou shalt not steal), and about being concerned about building your own and not what your neighbor has (thou shalt not covet).

Rather than seeking redemption through this law, post-Civil Rights movement black leaders sought redemption in politics. The welfare state, entitlements, transfer payments, and the politics of differences and envy. Should we be surprised by the result?

The New York Times recently reported that from 2004 to 2008, the political and charitable arms of the Congressional Black Caucus raised more than $55 million from corporations and unions. According to the Times, most of these funds were “spent on elaborate conventions…a headquarters building, golf outings,…and an annual visit to a Mississippi casino resort.”

More was spent on the caterer for the Caucus’s Foundation annual dinner - $700,000 – than it gave out in scholarships.

It’s now over forty years since the Civil Right movement. Enough wandering in the wilderness.

It’s time for a new generation of black Americans to step forward. A generation to turn to the truths that will rebuild black lives, black families, and lead blacks to the freedom that Dr. King and all blacks have dreamed about.