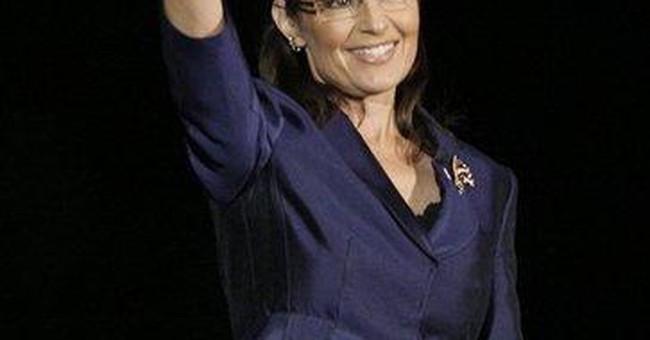 Now that Democrats have won the White House and have widened their margin of control in Congress, does this signify that American voters have moved to the left?

Many Republicans question this claim. And a new report from the Pew Research Center seems to verify that America is still a right of center as a country. But the picture gets murky when you look at the details. And this murkiness presents a considerable challenge for Republicans who are trying to figure out where to steer their party.

According to the just published report, more Americans today call themselves conservative than liberal, and the relative percentages in each category has hardly changed since George W. Bush was elected to his first term in 2000.

Thirty eight percent of Americans self-identify as conservative, 21 percent as liberal, and 36 percent as moderate. This compares to 36 percent, 18 percent and 38 percent, respectively, in 2000.

But taking a closer look at what this means leaves you scratching your head. You have to wonder what it means today to think of yourself as conservative.

When asked if the Bush tax cuts should be made permanent, only 38 percent of those who said they are "conservative" said yes. And 50 percent of "conservatives" said they favor government guaranteeing health care "even if it means raising taxes."

Although 71 percent of "conservatives" said they oppose gay marriage, only slightly more than half, 52 percent, said that abortion should be illegal.

What can be the message here for those vying for leadership of the Republican Party?

Some argue that the party should lighten up on the social agenda. The party is all white, they say, and there is no future without Latinos and blacks.

But consider the obvious. First, conservatives define the Republican Party. According to this study, 68 percent of Republicans call themselves conservative.

Second, it should be obvious from the above, that if conservatives are rooted anywhere, it's more in the social agenda than in the fiscal and limited government agenda. Where in the world would the party be if the leadership tried to uproot from social conservatism?

Third, consider what is going on with blacks and Latinos.

Why? Blacks are social conservatives. Blacks understand the havoc that moral relativism has caused in their communities. And, this is also the case with Latinos.

As was widely reported, blacks and Latinos voted for Proposition 8 in California, supporting traditional marriage, despite the majority of them also voting for President-elect Barack Obama.

So where is the logic in Republicans abandoning social conservatism in order to reach blacks and Latinos?

It appears that the message getting lost is the importance of limited government and fiscal conservatism.

Health care is almost 20 percent of our national economy. Too many are not getting what it will mean when bureaucrats will define what health care is and when the IRS comes knocking to check on the policy you bought. Too many seem to have forgotten that prosperity is created by individual freedom and creativity and not government programs.

These are tough times and families are under duress. Perhaps it's tempting to think that opening the door to more government is a good idea. Particularly in an environment where every day another half trillion-dollar check is being cut in Washington for bailout programs.

When most Americans say they are conservative, they mean it. Too many, however, are forgetting that this means limited government as well as traditional values. We need new, energetic Republican leaders to get this message across.