We fail to learn from history 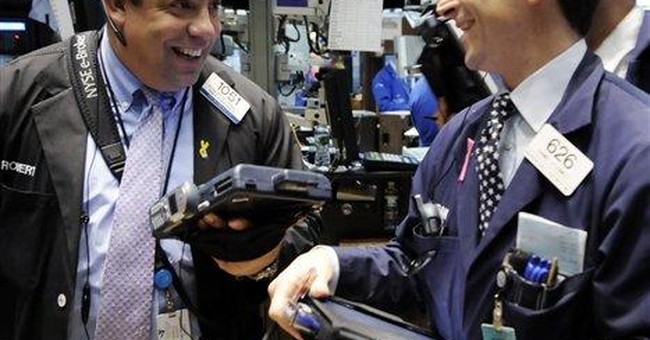 How can you not feel that emptiness in the pit of your stomach as you watch our financial markets spin downward? The broad stock market indices are down well over 40 percent since the beginning of the year. Losses are somewhere in the neighborhood of $9 trillion.

The real economic realities behind these numbers are starting to show up. The only question at this point is how severe the recession we are now entering will be.

Maybe, when everyone is depressed I am supposed to write cheery things to encourage folks. But I can't, because I care about our country and what I see is not encouraging.

We just had a presidential election that in some circles produced a lot of euphoria. But I believe that at some point -- I hope sooner rather than later -- many Americans are going to wake up and realize that this election was not a cure for our problems but a symptom of the disease.

I think this is what our crashing financial markets are telling us.

There is a well-known quote from a less well-known philosopher -- George Santayana -- that those who don't remember history will repeat it.

The failure of communism and socialism is not that far behind us. Yet Americans cannot seem to recall that it happened -- and why it happened.

What characterizes these systems? Government control. Central planning. And Godlessness.

Let's consider the sad and pathetic state of our American automobile companies.

As the chairmen of GM, Ford, and Chrysler sat in Washington begging for public money to survive, Honda was celebrating the opening of a new non-union plant in Greensburg, Ind., which will produce 200,000 vehicles annually.

Americans want to work, can work, and can compete with anyone. They just need to be free to do it.

The world changed in 1973. We were hit with the oil shock. The oil producing countries' cartel, OPEC, discovered its power, and drove up energy prices.

The power of a free country and free markets is that people, when left alone, will adjust to change and do what they need to do. In fact, that's what happened in businesses that were left alone. Changes and adjustments were made and overall the country is about twice as energy efficient today as it was in 1970.

But in our high profile auto industry that's not what happened. Our politicians, with cooperation from our auto industry executives, decided that the auto companies could not be left to their own resources to adjust to new realities.

First, we enacted import quotas on Japanese cars. Second, we enacted fuel standards to dictate to our car companies what kind of cars to make. And, of course, third, the power of the union was left intact.

Now look where we are. We have a destroyed industry that is the product not of Americans not being able to compete, but of allowing itself to become dependent on government.

A few days ago Rahm Emanuel, who Barack Obama has picked to be his chief of staff, spoke to a gathering of CEOs at a Wall Street Journal conference in Washington.

He went through the agenda to expect from the Obama administration. He sounded like a commissar from the Soviet Union. Government control and planning in health care, energy, the economy, and financial markets.

Why are our financial markets so pessimistic? They are bracing. The market sees the sad news that Americans have not learned from history. And it looks like we are about to relive its hard lessons.