You’re Not Suppressing Anything Honey 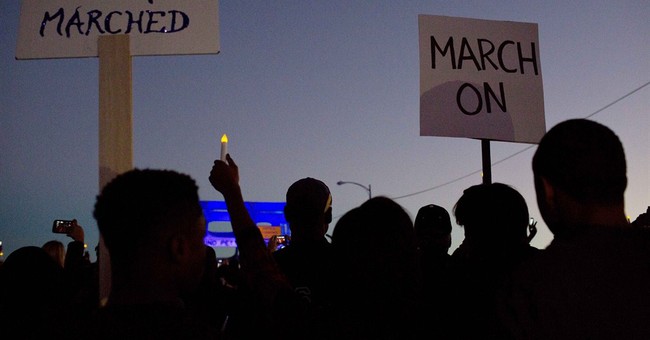 The writers at Salon.com are a very unhappy bunch. There are so many pieces about how bad it is to be an American, how much life sucks for all of the various victim groups, how everyone on the opposite side of the ideological spectrum is a liar… You get my drift. So I wasn't shocked to see a piece by Priscilla Ward talking about suppressing herself in order to please white people. Being the braver sort, I dove in ready to be enthralled by her tales of liberal woe.

It actually wasn't fun reading about Ms. Ward’s angst-laden days and insistence upon sustaining a double life: her account both angered and saddened me. The big picture is that she has two personas. When she's around whites, she seethes with rage underneath while "talking white" and saying things she assumes white people want to hear. The other persona is the real Priscilla: the one that loves her blackness and craves being surrounded by only blacks, where she is comfy and safe and is never challenged. Again, this isn't really a groundbreaking revelation; there are people who are more comfortable in this faux reality. What is revelatory is her open admittance that she isn't a trustworthy person who presents her best face to every person that she meets regardless of race.

Priscilla hides her love of fried chicken from her roommates. Yet Doing so feeds her rage. My reaction to that bit was a querulous: why assume that her roommates would hate to see her cook and consume fried chicken? Wouldn't those hungry guys just queue up for a few wings? Where's the sense in saying hello when "hey girl" would work just as well if that were what you preferred to say?

Being real with others is what gives them the opportunity to truly know you. Oh right. I'm forgetting. Every black person must "act black" when around blacks and "act white" when among whites. What? How about getting a secure grip on the Queen's English and utilizing it judiciously as if your very life depends upon it? Then for fun, around anyone that you feel would enjoy it, employing a bit of slang to amuse yourself? That's how I roll. I've been told that my use of slang isn't very good. So I'm working on it. Not blaming every white person in my sphere for not speaking to me in the vernacular. Being as angry as this woman is a total waste of energy. Shameful really. If she worked as hard on earning more money she wouldn't need white roommates that she hates.

I don't mean to insinuate that I don't tire of being queried about my hair, or our family’s eating habits or even how often I groom our children. It becomes tiresome. But any thinking person realizes that people ask questions when they are interested in you. There's no reason to assume a person has malicious intent unless there's proof of that.

Instead of lamenting the questions, we should answer gracefully, knowing that we are improving the situation by sharing ourselves.

I wonder if her low information roommates have read her soul-baring Salon piece? Have they had the chance to see their personal interactions with a roommate reduced to the flick of a well-played race card? If so, have they given her their notice?

Well that's really none of my business now is it? Feel free to insert the obligatory Kermit the Frog drinking ice tea meme here. The deeper meaning of her piece is that no matter what, whites can never win with her -- or any of the Black Lives Matter adherents for that matter. If you as a person refuse to simply check the FBI statistics on black deaths at the hands of police involved shootings and verify for your self that not only are black men not shot every 28 hours, they aren't even shot by police every 28 days in America, then there’s really no accounting for your irrational negativity towards a couple of white dudes that weren't smart enough to realize they were rooming with a race obsessed narcissist.

We all have our grievances, hurts, and slights delivered to us at the hands of others, that in our eyes were undeserved. In the piece Ms. Ward longs to “crawl back into her tiny black universe”. She rails against the “unintentional ignorance of white people” yet refuses to be her real self with the whites in her life. How should those poor schmucks she rooms with learn about her, if not by asking questions, engaging in conversation, and observing her in their home together? She could have shared so much with them, yet she instead chose to attack them in the most passive aggressive way: online, in public, without offering the opportunity to respond or defend themselves. This is typical of the aggrieved minority mindset. Ms. Ward and those like her don’t focus on their goals and where they are headed, they’re stuck “having mental temper tantrums,” ugly things to endure but certainly unnecessary.