Skip Desjardin  |  Sep 03, 2018
The opinions expressed by columnists are their own and do not necessarily represent the views of Townhall.com.
Top Columns
Trending on Townhall Media 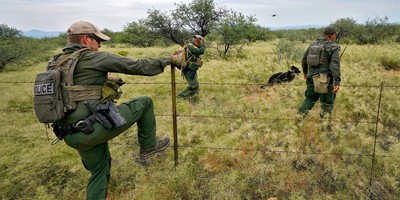 A century ago, in September 1918, Boston lived up to its reputation as “the hub of the universe,” perhaps more so than at any other time in its history.

A Massachusetts Army unit, known as the Yankee Division, was winning the first all American battle of World War I. The Boston Red Sox were on their way to yet another World Series victory, solidifying their place as the most dominant team of the era. A Boston woman was almost single-handedly driving the 19th Amendment to the U.S. Constitution, and women’s right to vote, toward ratification.

Most memorably, the deadly Spanish Flu epidemic rippled out from the Boston waterfront and across the American continent.

At its peak, influenza infected 85,000 people in the city of Boston during just one late September week. Compare that to the 2017 winter flu season, a fairly severe one, when a total of 5,700 people came down with the flu across the entire state of Massachusetts over a full six-month period.

We tell ourselves, “Medicine was nowhere near as advanced then” and “Surely an epidemic of this nature—when a person was dying in Boston every nine minutes, round the clock—couldn’t happen today.” We are more prepared now. Aren’t we?

In 1918, the country’s medical elite believed they were prepared. A team of eminent physicians, led by William Welch—a giant of American medicine—spent years planning for this exact crisis: an epidemic rising from military installations and spreading to the civilian population.

The country’s foremost expert on communicable diseases—Dr. Milton Rosenau, who literally wrote the textbook on battling infectious disease—was serving at Chelsea Naval Hospital in Boston and treated the very first victims of Spanish Flu there. Every step he took was exactly right, even by today’s standards, and yet he was helpless to stop it. The mathematics of infection overwhelmed Rosenau’s efforts to battle it with science. People were getting sick faster than he could quarantine them, and the virus escaped.

The current outbreak of Ebola in Africa reminds us that science has not eliminated every frightening disease with the potential to devastate the planet in the way that Spanish Flu did a century ago, when an estimated 100 million people perished worldwide.

As we evaluate whether we are better equipped as a society to handle a deadly pandemic today, there remain familiar, disquieting echoes of 1918 Massachusetts.

Then, politicians and government officials downplayed the danger on a daily basis—telling citizens, in effect, that what they were seeing was not what was happening. Public health officials’ denial of the obvious confused people and led them into further danger by pressuring them to stay at their factory jobs or attend massive patriotic parades—which was like thrusting them into petri dishes.

Boston had over a half dozen daily newspapers in 1918, but the administration bullied the press by making it illegal to criticize the president or his officials by publishing anything that could be considered unpatriotic or detrimental to morale. What could be worse for morale than news that hundreds of people were dying every week from a disease that could not be stopped? Reports conflicted. On the same day, one Boston paper ran reassuring news that the spread of influenza was “pretty much in hand,” while another quoted a state official calling the outbreak “most serious.” Whom to believe?

1918 Bostonian politicians squabbled and profiteers schemed as people died. In Ayer, outside the gates of the massive Camp Devens cantonment, where thousands were infected and the dead were stacked like firewood, local merchants asked the federal War Department to take control of town government because the local Board of Health had ordered a quarantine to keep soldiers from the base out of the town. Without the free flow of men in and out of the camp, the businessmen feared, who would they sell their goods to?

Influenza killed indiscriminately. On the same day early in the flu crisis, Quincy’s first fatality was a 15-year-old shoe factory worker while Beverly’s was a bank vice president in his thirties.

That is not to say that poor immigrants had the same chance at survival as the well-to-do. Established families, bolstered by income or savings, had access to the few doctors not in military service. Immigrant families, many of whom did not speak English and remained isolated from society at large, were more likely to remain in crowded tenements, relying on their own home remedies: whiskey for the Germans, garlic for the Italians, herring for the Finns.

Stories abounded of visiting nurses finding destitute families with dead children in their apartment—the parents too sick and too poor to arrange for burials—or children as young as five or six trying to tend to fatally ill parents and siblings all by themselves.

When the poor did make their way to public hospitals seeking emergency care, they often found them closed. At the height of the epidemic, every Boston hospital was refusing new influenza cases. There were no beds, no doctors, no nurses available to care for the cresting wave of the sick.

A hundred years on, in 2018, the news in Boston has come full circle—the Red Sox are driving toward another World Series, women are once again marching to seek a full measure of equality in American society, the media is struggling to figure out how to report on a dissembling government, and access to health care is too often determined by one’s income.

Medicine has made tremendous advances in the past century. The other institutions we rely on in a public health crisis—the government, the media—do not seem to have changed as much as we will need them to if we are to fare better than we did 100 years ago if another pandemic arrives in Boston.

Skip Desjardin is the author of September 1918: War, Plague, and The World Series (Regnery History; August 28, 2018) and is an executive at Google where he develops their new platform, YouTube TV.