The Altered State of Texas

Sheriff David Clarke, Ret.
|
Posted: Sep 16, 2019 12:55 PM
Share   Tweet
The opinions expressed by columnists are their own and do not necessarily represent the views of Townhall.com. 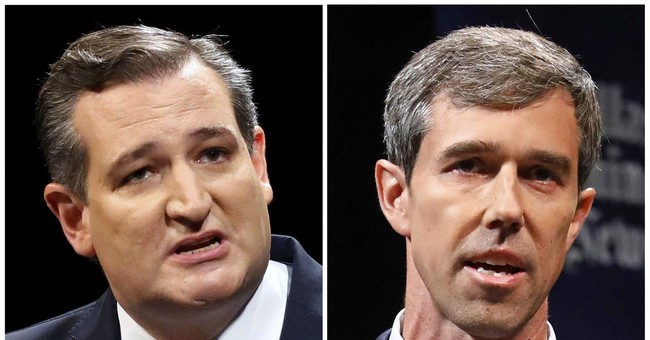 If at first you don’t succeed, try, try again. This is the Democratic strategy to flip Texas on the electoral map from red to blue. And truth be told, they are getting close—too close. How did this happen? What are the GOP and Republican National Committee doing about this?

The Democrats have had Texas in their sights for awhile. You saw their push in the 2018 midterm elections against incumbent Senator Ted Cruz. They came close to defeating Cruz with Beto O’Rouke— an ultra lefty open borders empty suit. A lot of outside money flooded into O’Rourke’s effort, but that is irrelevant as far as I am concerned. Cruz was outspent 3-1. His margin of victory was razor-thin at 50.9 % to 48.3% in what was at one time a solid red state.

A shift is happening in Texas that will cost our country dearly if conservative political leaders ignore it. Look at the voting map results in 2018, and you will find most of it is colored red. However, Texas has a dynamic similar to New York, California, and Illinois, with their three most populist areas (New York City, Los Angeles-San Francisco and Chicago), respectively, are solid blue. In Texas, we see Dallas and Tarrant counties are solid blue while Harris County (Houston) is trending from purple to blue and on its way to stable blue if the trend continues. This could be enough to tip the scales.

Senator Ted Cruz recently sounded the alarm, calling Texas, “hotly contested” for the upcoming 2020 elections.  Although this did not happen overnight, it is now urgent. Democrats are like carpenter ants. They have one job, and it is to build the nest continually. Carpenter ants are impossible to get rid of once they arrive. Even if you get rid of one infestation, they move to a new nearby location and start the process of building the nest all over again.  Democrats are focusing on the population centers—the large cities. They are Democratic strongholds.

The Democrats have gained ground in Texas from shifting demographics like transplants that flee California’s high taxes and urban pathologies like homelessness, discarded drug needles and the feces-laden streets of San Francisco. These transplants whose liberal voting behavior resulted in the blight plaguing California, bring their liberal-minded baggage with them. It makes no sense. It's like changing four quarters for a dollar to gain wealth.

Why should I or anybody outside of Texas give a damn? Because the consequences at the national level are more existential. Texas has 36 electoral votes. If President Trump or any GOP presidential candidate in the future wants to have a chance at winning the electoral map, they have to win Texas. We cannot allow Texas to become a swing state or, worse yet, a blue state.

Knowing Texas is slipping away, I ask the GOP, what is your plan to save the Lone Star state? There has to be one. Please tell us. Also, where is the sense of urgency from the RNC? I have it. Do they? Do they really because I don’t feel it. Don’t tell us that you “hope” to win Texas in 2020 because hope is not a plan. Having run in numerous elections in a county of nearly one million people I know from experience that you must stay on offense in politics. Hanging on is not an effective strategy for winning. To not believe that the shift from red to purple in Texas is real, is to be suspended in denial.  Senator John Cornyn ought to be scared right now. His seat matters for the GOP to maintain control of the U.S. Senate.

Arrogance and complacency are two enemies of success. The GOP was thoroughly thrashed in the 2018 midterms. GOP officials told us they saw it coming—that they saw it coming and had no plan to head it off is political malpractice.

It is never too early to get energized about the 2020 election. Tuesday, November 3, 2020, will be here before we know it. I don’t want to be presiding over any postmortem the day after talking about how we lost the presidency, the Senate or God forbid, both. There are no guarantees in electoral politics. Just ask Hillary.