Shalabh Kumar
|
Posted: Jun 04, 2019 10:10 PM
Share   Tweet
The opinions expressed by columnists are their own and do not necessarily represent the views of Townhall.com. 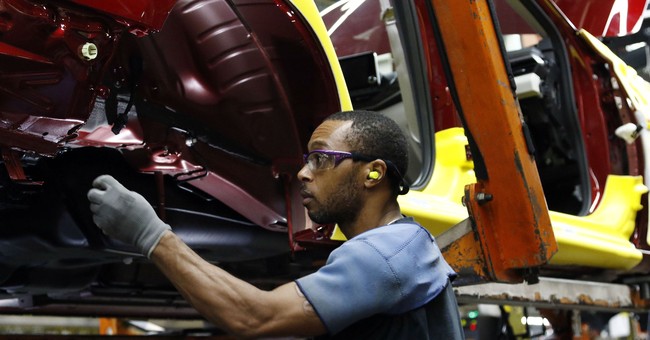 Today, as we commemorate the 30th anniversary of the Chinese Communist Party’s massacre in Tiananmen Square, I am reminded of two of its other criminal acts—one from my childhood in India and the other from hard experience leading electronic manufacturing companies in my adopted and beloved homeland, the United States of America.

In October 1962, I was just 13 years old in a small town on the foothills of the Himalayas. The radio blared “China attacks India.” I wondered: “Is this real? Didn’t we just hear from Chou-en-Lai: Hindi Chini Bhai Bhai (Chinese and Indians are brothers)?” Military vehicles were lining up, crowds had gathered, soldiers were rushing to their vehicles, women were crying. It was a scene that I never forgot as 100,000 Chinese marched into India. Our 18,000 Indian troops never had a chance; the Chinese had been planning this for years.

A few months later, I was standing in solidarity with a grief-stricken nation and Prime Minister Jawaharlal Nehru as we listened to the most emotional song by the Nightingale of India “Ye Mere Watan Ke Logo (Oh My Countrymen).” It was an homage to the thousands lost during China’s illegal annexation of the Himalayan territory, a landmass the size of Pennsylvania with an abundance of the world’s greatest freshwater resources. We all cried!

Six years later, I emigrated to the United States as a student, going on to achieve my American Dream, progressing from an electronics product-design engineer to CEO.

A kind of sequel to those events has occurred, albeit in a less violent form, as a result of the “unrestricted warfare” waged by China on American manufacturing for the past 30 years. They have executed a strategic, long-term and masterful plan literally to destroy American manufacturing, industry by industry. The U.S. has not only lost millions of jobs in this hostile takeover; we have lost the manufacturing expertise essential to national security.

It was the architect of Japan’s attack on Pearl Harbor, Admiral Isoroku Yamamoto, who famously said, “Anyone who has seen the auto factories in Detroit and the oil fields in Texas knows that Japan lacks the national power for a naval race with America. … Its industrial base makes America invincible.”

To counter that reality in its determined quest to displace this country as the planet’s dominant power, Communist China set out to become the manufacturing capital of the world in just 30 years: Today, 85% of all Christmas gifts and 80% of all electronic devices worldwide are produced in China. It exports $2.8 trillion a year, $550 billion to the U.S. alone. The corresponding numbers were negligible in 1985.

How did they pull it off?

Secondly, state-subsidized Chinese companies flooded U.S. markets with products at one-third the prevailing price. The result: In short order, most American manufacturers had to file for bankruptcy. Then, these same Chinese firms shamelessly swept in and bought up our manufacturers’ now-unused equipment for pennies on the dollar.We were asleep. Sure, it cost China some money in the early stages, but per their long-term plan, China became the world’s top manufacturer and resource for such fire-sale buy-outs at the same time. The plan was masterful, the U.S. and American stakeholders fell for it hook, line and sinker.

I personally observed this wholesale takeover up close from 1990 to 2010.

Fortunately, Donald Trump ran for president on the promise of correcting this trend. In 2018, the United States imposed tariffs on $250 billion worth of Chinese imports at rates of 10-25%. Some of these tariffs have been misplaced, however. For example, one of our products is a Human Machine Interface (HMI) used in most American plants. Currently, $3.5 billion worth of HMIs are imported from China, while we make less than $50 million per year in the United States. At present, tariffs apply only to key components that go into HMIs and left the finished products themselves untouched. If the latter, rather than the former, were subjected to tariffs, 30,000 net new jobs would be created. The same goes for personal computers. If we were to tariff Chinese PCs and not the mother-boards that go in them, imagine what would occur? We could win back 80% of the market for PCs. We’re talking more than a million new jobs.

Let me be very clear: The U.S. manufacturing renaissance we seek and that our national security requires will not take place without a sustained long-term tariff plan that would encourage American businesses, large and small, to invest in new plants and equipment to make these products in the United States once again.What has been stolen from our country cannot be brought back by free trade.Eventually, the tariffs can be phased out, but American companies need a breather in this unrestricted Chinese war on our manufacturing sector.

So I ask again, why are we not taking immediate action to place tariffs on imported finished goods? Sure, our economy for now is doing great, and some manufacturing jobs are coming back. But, if we want to reconstitute the industrial strength that will make us once again invincible, we must take a page from the Chinese playbook that has done us such harm by engaging in the long-term planning and sustained execution required for us, rather than them, to be the world’s dominant economic and military power.