Seton Motley
|
Posted: Mar 29, 2016 12:30 PM
Share   Tweet
The opinions expressed by columnists are their own and do not necessarily represent the views of Townhall.com. 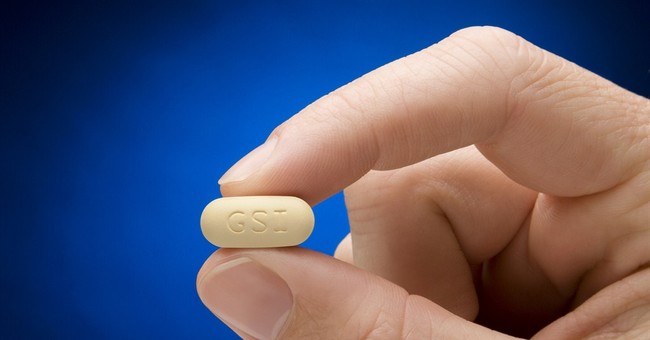 There was on Monday a quintessential example of the horrendously bad thinking of those opposed to all things intellectual property. An op-ed totally disconnected from reality and chock full of thought-free, pathetic anti-property platitudes.

It is sad that so many remain steadfastly impervious to facts. But they do, so we will address this latest bit of inanity so that the many who remain receptive to Reality may be properly informed.

We speak now of Truthout’s Dean Baker extrusion Think Trump's 45 Percent Tariffs Are Bad? Try Obama's 10,000 Percent Tariffs, which mangles much of the English language in service of much muddled thinking. Baker begins:

“Lately the media have been going wild mocking Donald Trump's plans to put 45 percent tariffs on imports from China. They are partly right. It's not clever to indiscriminately impose large tariffs on major trading partners in violation of existing trade agreements….

“But what is even more striking is the selective concern over tariffs. While Trump wants to put large tariffs on imports from some of our major trading partners, President Obama is actively pushing to have far larger tariffs imposed on a wide range of goods in his trade deals, most importantly the Trans-Pacific Partnership (TPP). Measures in the TPP pushed by US negotiators will raise the price of many items by several thousand percent above the free market price.”

Tariffs are, of course, taxes. We conservatives don’t like taxes, so this may be an attempted appeal to our sensibilities. A 10,000% tariff? That would be awful. Except to what Baker refers isn’t any sort of tax at all.

“If you missed this discussion, it's because these trade barriers are referred to as ‘intellectual property,’ which takes the form of patent and copyright protection.”

If we missed the discussion, it’s because this guy is misusing the terminology. Intellectual property protection is not a tax. It is a fundamental component of a free market economy. It is specifically afforded protections in our Constitution. President Abraham Lincoln “called the introduction of patent laws one of the three most important developments ‘in the world’s history,’ along with the discovery of America and the perfection of printing.”

“But markets don't care what term politicians use to describe a government imposed barrier.”

Actually, markets care a great deal. If you kill tariffs and taxes - markets flourish. If you kill intellectual property protection - there will soon be no markets at all. Because for markets to have things to trade - there must first be the ideas for those things. If those ideas aren’t protected - those things will never come to market.

“If a price increase of 10,000 percent sounds high, you haven't been paying attention to what the drug industry charges for its new drugs. For example, the list price for the Hepatitis C drug Sovaldi is $84,000 for a three-month course of treatment. A recent analysis found that Indian manufacturers can profitably produce the drug for just $200 per three-month course of treatment, suggesting a tariff equivalent of more than 40,000 percent.”

Spoken like a man who has apparently never actually produced anything. Yes, the second pill costs pennies. But the first one costs billions of dollars.

Finally, the magic concoction of effort, trial, error and perseverance - marinated by LOTS of money - eventually delivers a successful concoction. A success, on which the producers must recoup the billions they spent failing.

Lost on Baker is the Genesis of all of this effort and expenditure - the intellectual property protection that makes it all possible. If at the end these people can’t protect what they’ve produced - they will never begin.

Why go to all the time, trouble and inordinate expense if you don’t get to keep what you create?

Mr. Baker goes on, and ON (and ON…) but you by now get the idea that he has no idea of what he is speaking.

Taxes…are taxes, and are impediments to markets optimally functioning.

Intellectual property protection (patents, copyrights, trademarks)…is NOT a tax, and is crucial to markets even existing - let alone optimally functioning.

I’m sure you see the difference. Here’s hoping Mr. Baker now does.